Gretchen Rossi’s IVF plans—“focused on having a Baby”

Gretchen Rossi’s IVF journey has been quite difficult. She and her fiancé Slade Smiley recently opened up regarding their summer plans that are mostly about having children together via in vitro fertilization.

“We’re focused on having a baby. That’s our summer plans,” said the former Real Housewives of Orange County star, adding that it has been quite difficult.

“It’s a very arduous, hard thing to go through,” she told Us Weekly. “I’m so thankful I have an amazing partner to go through it with. We are pushing through it, and hopefully we will have an announcement that we are pregnant.” 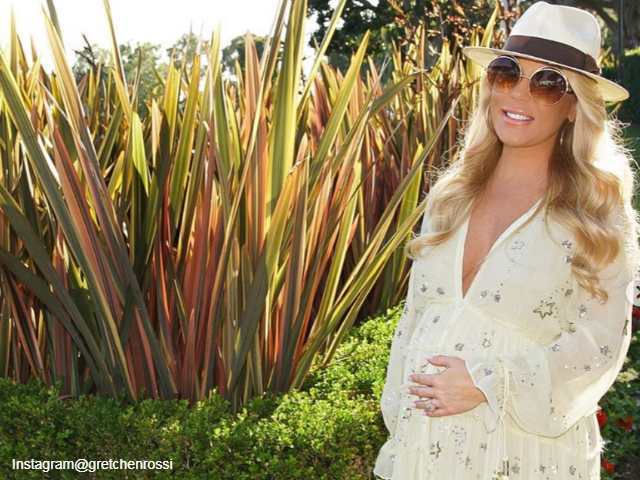 Earlier in April this year the couple had disclosed their plans to undergo a second round of IVF, and Rossi shared the below picture on the day of egg retrieval.

Yesterday was surgery for egg retrieval #2…..Thank you @drmarksurrey and @scrcivf for making every step of this arduous process so much easier. The surgery centers staff was incredible as well, and I am grateful for everyone taking such good care of me. Thank you guys for all your sweet messages yesterday…..today I am home resting & Slade is a good nurse 😛 Happy Sunday #IVF #IVFjourney #snapchatfilter #microbladedbrowsonfleek 😜@eyebrowdoctor

She also stated that she is making this journey public because so many people go though it and it can get overwhelming; so reading about another person in the same situation may be helpful.

IVF – a burden for the woman

While, it is a difficult journey, Slade has been a rock for his fiancée.

“It is such a hard, difficult process. A lot of the burden falls on the woman going through the IVF process, and not only has she embraced that challenge but she’s using that to be an advocate for other women who are struggling with IVF and can’t get pregnant,” he said.

“I’m so impressed how she jumped right in [and] became a voice for every woman. I’m very proud of her.” 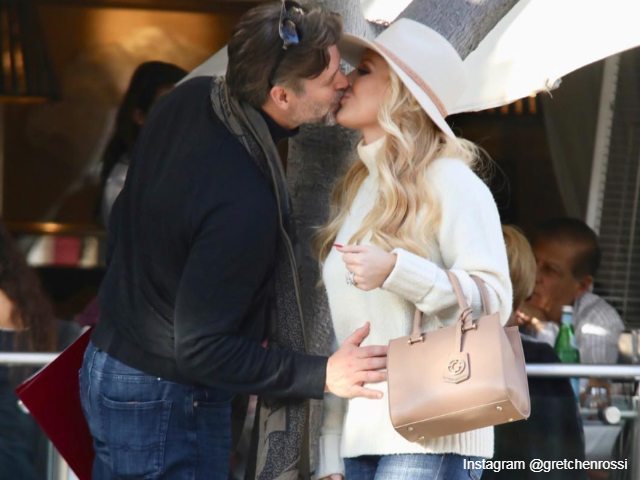 Gretchen and Slade, like most couples, tried to get pregnant for a while before they decided on IVF. Back in 2015, Slade, who has two children from a previous marriage, got a vasectomy reversal as a birthday gift to her.

Most couples would need IVF after vasectomy as getting pregnant can be difficult after the reversal.

Gretchen is grateful for his support and says, “Truthfully it’s a partnership. We have an amazing doctor, and that makes a difference. It’s a very confusing, hard, difficult process. It takes a lot of good people around you.”

Sharing more about her summer plans, Gretchen said that the couple also intends to travel together. While the focus remains on IVF, they will visit Greece and Texas during the summer.

After 4 years of trying to get pregnant with IVF and losing 14 embryos in that duration, Gretchen finally announced her pregnancy.  “Finally, we have news that we are pregnant!” she said in an interview on The Doctors. “It’s so wild. It still doesn’t feel real.”

The 40-year-old went into depression for over one-and-a-half years because of failing at IVF so many times.

This difficult journey to pregnancy made Rossi realize how harsh infertility can be to people.

“It’s obviously been a very, very long journey for us,” she told Parade.com. “The fact that there’s over 7 million couples suffering in silence from infertility, it breaks your heart when you hear statistics like that. I certainly never thought it would take me four years to get pregnant.”

Having realized how hard it can be, Rossi and Slade are now on a mission to make IVF more accessible and affordable for other people.

“We are on a mission to literally change legislation. I’m going to go to Capitol Hill, mark my words, and we’re gonna make some changes for all those families out there that can’t afford infertility treatments. I’m gonna get insurance companies to cover it.”

She knows what a difficult task it is and is not quite sure how she’s going to achieve it but she’s after it, Gretchen said, in the Instagram video she posted in March 2019

“A couple weeks ago, I woke up literally in the middle of the night at 2 a.m., and I’m just heartbroken about the families that don’t have the ability to start a family because they truly have a disease.

“They have infertility. It was diagnosed a disease a couple years ago and insurance companies really need to step up and be covering this. It’s a real thing, and there’s seven million couples struggling with infertility. So I’m on a mission to make a change, change legislation, so wish me luck.”

The Real Housewives star promised that she would keep her followers updated but also asked for support and involvement from more people.

“When I reach out to say help please with this, sign a petition, or get involved in whatever campaign we’re launching, I need your guys’ help because that’s the only way we’re going to make change,” she said.

Infertility Aide is also on a mission to bring better, affordable IVF treatments to as many people as possible. We offer IVF starting from $4,000. Get in touch to know more.

Gretchen not only opened up about the struggles of having babies late in life but also discussed how Hollywood is glamorizing this trend. Success rates in IVF after 40 years are not promising as female fertility declines sharply after the age of 35.

“Many celebrities in Hollywood glamorize the ability to have babies way up into your late 40s and the truth is that some of them are not telling the full story,” said Gretchen, 39.

“A lot of women in their 40s are getting pregnant using an egg donor and not disclosing this. This is why we find it important to encourage women who are either career-focused or think they can just get pregnant way into their 40s to consider freezing their eggs while they are younger.”

It is a proven fact that the quality of a woman’s eggs drops with age and infact it is one of the most common reasons for failure of IVF.

“Scientifically, it is just a proven fact that our eggs become less viable the older we get and after going through the struggles Slade and I have gone through to get pregnant the last few years, I wish someone had told me at a much younger age to freeze my eggs,” says Gretchen.

We appreciate celebs like Gretchen Rossi coming forward to talk about infertility and IVF, as millions of people continue to suffer silently without really knowing how to cope. If you don’t see yourself having babies by mid-30s, you might want to consider egg freezing after discussing with your gynecologist and a certified fertility specialist.

Please share your comments on Gretchen Rossi’s IVF journey and pregnancy in the section below.