Kim Kardashian’s fourth baby is here and without even showing his face, the little one has already garnered a lot of interest. Kardashian and her husbdand, Kanye West, welcomed the baby, who was born via surrogacy.

On May 10th 2019, Kardashian announced the birth of her son via Twitter, “He’s here and he’s perfect! He’s also Chicago’s twin, I’m sure he will change a lot but now he looks just like her.”

This is her fourth child and second time for the couple using a surrogate. Kim and Kanye decided to use the last of her embryos to create the fourth baby to join the other three siblings, Chicago, 1; Saint, 3; and Northwest, 5. 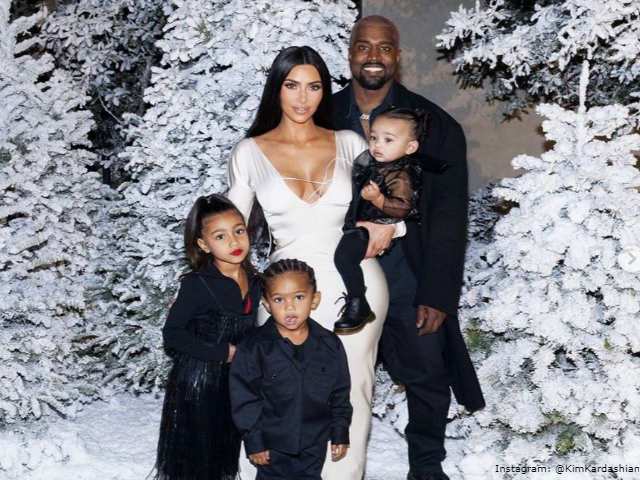 The announcement of the surrogate going into labor came a day before on The Ellen DeGeneres Show, when Kourtney Kardashian made a surprise visit during their mother, Kris Jenner’s appearance.

Kourtney, 40, revealed that her Kim’s surrogate has gone into labor and she’s at the hospital, explaining her sister’s absence on the show.

“And nobody knows, so everyone in the audience don’t tell,” Kourtney laughed.

The news of an impending birth has been out for a while and they already knew it’d be a boy. On the Jan. 14 episode of Watch What Happens Live, Kardashian confirmed it saying, “It’s a boy, I think it’s been out there,” Kardashian West told the host. “I got drunk at our Christmas Eve party and told some people. I can’t remember who I told because I never get drunk.”

The reality TV star suffers from placenta accrete, which is an extremely rare and dangerous condition. This happens when the placenta tries to break into uterus wall which can lead to complications including infections and prolonged bleeding during the pregnancy.

Normally, when you deliver a baby, the placenta detaches itself from the uterus naturally but int his situation the placenta gets attached to the uterus and causes hemorrhaging.

The doctor forbade Kim from carrying another pregnancy but Kanye really wanted more children, so surrogacy was the only option.

They remained tight-lipped about the surrogate in initial months and protected her identity well.

Last time, they had reportedly paid the surrogate $45,000, although there is no official word on the compensation. They wanted to work with the same surrogate this time, but things did not work out, so the couple hired a different lady to carry their baby this time.

“They are working with a second carrier now that is pregnant and will give birth in the spring. Everything so far has been smooth,” a source told People Magazine.

However, it was surprising that the surrogate was not invited to Kim’s CBD & Meditation-themed baby shower, held just two weeks ago. 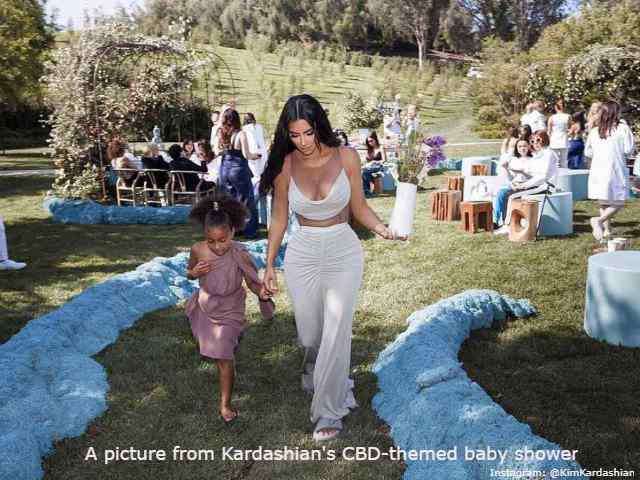 This possibly completes the family and the IVF journey of Kim Kardashian as another source said: “Kim has always wanted four kids… she likely won’t have any more after this.”

Kim suffered from secondary infertility and has spoken about the difficulties she faced after her first pregnancy. She stated that she undertook various therapies to be able to conceive again.

“It was a long road,” she reportedly said. “I would go to the doctor in Beverly Hills every day at five in the morning to get tested to see if I was ovulating. I was trying everything: I did acupuncture and got a nutritionist to eat healthier, thinking that was an issue.”

All that planning and fertility treatments do take the fund out of conception. “Yes, it takes the fun out of it,” she says. “I’m like, ‘I’m ovulating, get home now!’ He’d be like, ‘Wait, I’m in the studio.’”

The struggles didn’t end once she got pregnant. She got a condition called preeclampsia, which causes serious morning sickness and swelling and often, the only way to get rid of it is to deliver early to protect yourself and the baby.

About 5 percent of women face this condition.

After all these complications, Kim knew she wouldn’t be able to carry again and she’s even announced on her show: “I’ve come to the conclusion in my mind that I can’t carry another one. So now I want to explore surrogacy,”

Kanye is reportedly delighted as he loves his role of being a “Dad.”

He says it is “the most important thing that he does, and despite his other problems, he’s an involved, loving dad to his kids.”

“He loves the innocence of children; they’re not judging him. They don’t care what he does for a living,” a source told People Magazine. “They don’t read the tabloids. To them, he’s just Dad.”

They got married in a beautiful ceremony in Florence, Italy, on May 24, 2014. Kim shared a picture of herself with her husband of 5 years, with whom she now has 4 kids, captioning “life couldn’t be better!”

The Kardashian-West family is naturally overjoyed with the arrival of their new member and the internet is now in anticipation of the baby’s unique name as Kim has been dropping some hints with the use of a bear emoji in posts related to him.

What do you think will be the name of Kim Kardashian’s fourth baby? We wish him health and happiness.