7 Celebrities who struggled with Endometriosis 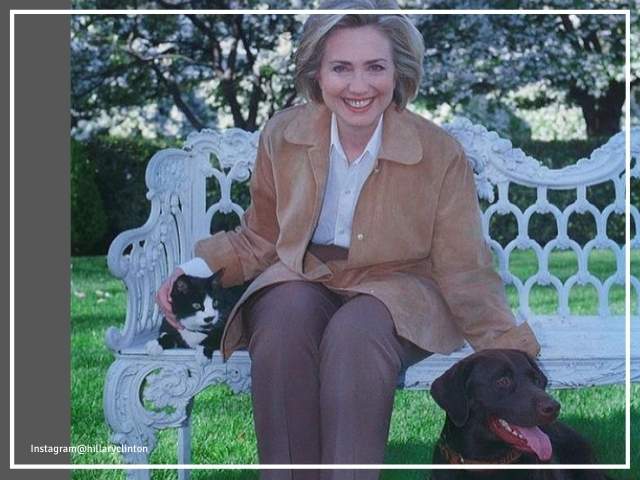 A lot a women that you see making headlines, are actually silently suffering from endometriosis. Here is the brief story of seven celebrities who struggled with endometriosis – a common disease that affects almost 10% of the women of reproductive age, but is surprisingly low profile.

The lack of open discussion and understanding of endometriosis is frustrating and weakening for women, who silently bear the pain.

Former United States Secretary of State and former First Lady, and the Presidential candidate for U.S. 2016 election is known to have suffered from endometriosis.

She had a difficult time conceiving but in February 1980, she gave birth to her daughter Chelsea Clinton—her only child.

The Indian-American author, actress, and television personality was diagnosed with endometriosis when she was 36 years old.

She was affected by it since early adolescence but she did not find out till later in her life. Lakshmi had ovarian cysts removed when she was 30, but was not informed about this chronic condition, which required monitoring.

It was only when the endometrial tissue wrapped itself around her small intestine and caused immense abdominal pain and cramps that she was admitted for a surgery.

“Endometriosis causes all kinds of scars, including many that can’t be seen with a surgeon’s scope,” she said, and she co-founded the Endometriosis Foundation of America.

“I didn’t want the next generation of women to go through what I went through, to feel betrayed by their own bodies or to feel alone.”

The famous British monarch is known to have suffered from endometriosis, the symptoms of which she tried to relieve with painkillers and pregnancy.

Yes! Interestingly, Queen Victoria gave birth to nine children, even though she hated babies and pregnancies, because being pregnant temporarily halted her period thus relieving her from painful cramps.

The lovely Marilyn Monore, hid a painful condition beneath all her charm and personality. But unlike Queen Victoria, Marilyn loved children and badly wanted one of her own.

Unfortunately, all her pregnancies resulted in miscarriages because of severe endometriosis.

The famous American singer, songwriter, actress, and LGBT activist is reported to suffer from endometriosis, which made her gravely ill just after she became very famous, says her Memoir.

While there is so much talk about endometriosis in the world, closer home people have still to come out with it openly. There are two Indian celebrities that I found were suffering from this condition:

Katrina Kaif, the famous Bollywood actress, was diagnosed with endometriosis at the age of 28 years. She underwent surgery for it in 2009, but does not seem to have actively or even discreetly spoken about it.

She is unmarried and does not have any children yet.

Hundreds of millions of women suffer from the pain of endometriosis, yet we don’t get to hear about it regularly. The symptoms of endometriosis are so generic that many women do not realise that they are in trouble, until it becomes worse.

This is my call, specifically to celebrities and people of influence, to come out and talk about the endometriosis, which is crippling the lives of millions of women every day.

Please leave your thoughts for these celebrities who struggled with endometriosis, in the comments below. If you have a story to share write to us at care(a)infertilityaide.com