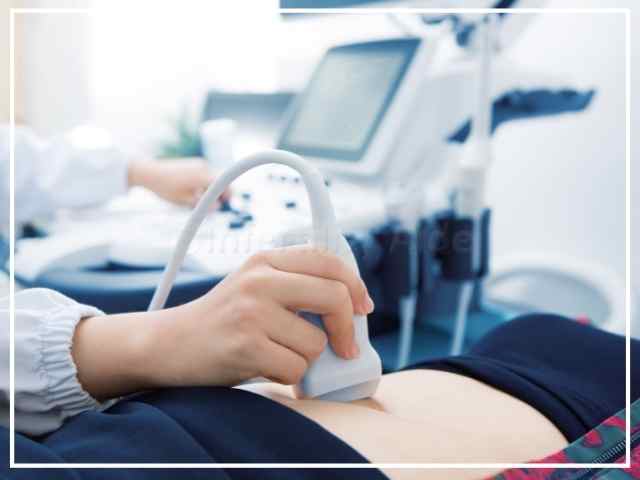 Adenomyosis is a medical condition of the uterine walls getting thicker resulting in the endometrium i.e. the inner lining of the uterus, to break through the myometrium (outer muscular wall of the uterus).

This results in prolonged periods with heavy bleeding, severe pain in the abdomen or painful intercourse. This condition is found more often in women between the ages of 32 to 50 but in some rare cases, it also affects younger women.

The main problem with adenomyosis is that it is virtually undetectable making it crucial to not neglect even the tiniest symptoms which may be an indication to a bigger problem.

The symptoms of adenomyosis and their severity varies from patient to patient. The common symptoms are:

The condition is broadly classified into two categories:

Diffuse adenomyosis: Both the anterior and posterior walls of the uterus are diffusely involved and the uterus is enlarged symmetrically. This accounts for around 2/3rd of all cases.

Focal adenomyosis: An asymmetric enlargement of the uterus is noted and a pseudocapsule may be found in the area of adenomyosis. This is found in around 1/3rd of patients.

Most patients of adenomyosis also have some kind of coexistent pelvic pathology—myomas, endometrial hyperplasia, etc.

The exact cause of the condition is unknown but more often than not, it is linked to an increase in the levels of estrogen. The definite conclusion remains, that the inner wall of the myometrium plays a major role in the development of adenomyosis, which is often linked to other reproductive and hormonal disorders.

Among the many theories speculated over the years some of the common ones include:

A thorough physical examination will allow the doctor to find the best solution and treatment suitable for adenomyosis. Many women suffer from a uterus that swells up to double or triple of its normal size.

The first step is to scan for any possible tumors, using ultrasound.

In some cases, where there is no clear diagnostic conclusion, the doctor may order an MRI scan to better study your uterus and pinpoint the exact location of the invasion.

The MRI scan is strictly forbidden for women who are pregnant, have any kind of piercings, pacemaker, or any other form of metal in their body.

The next step is to study tissue samples of your uterus by a skilled pathologist. This can be done either through the surgical removal of a part of the tissue through hysterectomy or a uterine biopsy which involves a laparoscopic surgery through the cervix or the abdomen.

You could also go for transvaginal ultrasonography, which is cheaper, safe, and efficient with an 85% chance of detecting adenomyosis.

How is Adenomyosis treated?

The definite treatment that would ensure complete relief from the trouble is the procedure to surgically remove the uterus that comes under hysterectomy. Most women in their early 40s usually use pain medication and wait till menopause for the condition to decline.

For younger women and those trying to conceive these are some other options:

Adenomyosis raises the risk of endometrial and thyroid cancers, according to a large Asian study involving over 12,000 women. Various other researches have corroborated these findings.

More research is required to fully establish the effect of adenomyosis on female fertility. However, it is quite clear that the uterotubal transport and endometrial function and receptivity are all impaired due to the presence of adenomyosis, thus contributing to infertility.

It is also one of the possible reasons for repeated IVF failures.

With doctors often disregarding the problems, most women are unaware of this situation like American actor Gabriella Union who suffered from infertility due to adenomyosis, but remained oblivious twenty years.

Bearing in mind that this condition is caused due to abnormalities in the estrogen levels, hormonal therapies and injectables in assisted reproduction procedures (ART) like IVF can help you conceive. However, it is advised to go for ART only after an MRI scan and other comprehensive investigations to ensure that your situation allows for the possibility of success.

Adenomyosis can be a silent disease that causes extremely painful and debilitating symptoms and may even be the reason for your infertility. If you have any of the above symptoms, make an appointment with a qualified doctor to discuss your situation.