Miscarriages are mentally and physically traumatizing for anyone, especially if they happen more than a few times. Recurrent miscarriage is the loss of three or more consecutive pregnancies of 13 weeks or less, with the same partner.

American Society of Reproductive Medicine (ASRM) is now considering that the term ‘Recurrent Miscarriage’ may be used even if you’ve lost two pregnancies consecutively.

Miscarriages and early loss of pregnancy are so common that many obstetricians consider it a normal part of reproduction. That doesn’t make the loss easier but the fact that you were able to get pregnant at all should give you hope of having a baby in the future.

How common are recurrent miscarriages?

Even after the confirmation, 15-20% of all pregnancies end in miscarriage, according to the National Infertility Association.

75% of miscarriages happen in the first 12 weeks and many of those women are not even aware that they are pregnant when the loss occurs.

1% of all women experience 3 or more miscarriages and around 5% of face 2 consecutive pregnancy losses due to different reasons.

If you have successfully achieved one pregnancy, you have 80 percent chances of having healthy pregnancies and babies in the future, said Henry Lerner, MD, clinical professor of obstetrics and gynecology at Harvard Medical School and author of ‘Miscarriage: Why it Happens and How Best to Reduce Your Risks.’

However, if you’ve had two or more miscarriages and haven’t had any successful pregnancies, you must consult a fertility specialist ASAP.

Women who have had two or more miscarriages, have a 40% higher chance of having another miscarriage.

Dr. Leong here discusses the common causes of recurrent miscarriage and what can be done to avoid them: 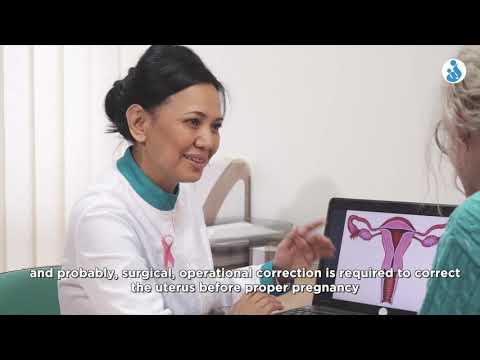 Finding the possible reason for your recurrent pregnancy loss is crucial before deciding on any treatments.

60% of pregnancy losses are attributed to chromosomal abnormalities in the fetus.

The egg quality of women starts to deteriorate as they start aging and that further increases the risk of miscarriage. Pre-implantation genetic screening (PGS) could be helpful, if:

13% of recurrent miscarriage patients are noted to have anomalies in their uterine cavity—arcuate uterus, septate uterus, unicornuate or bicornuate uterus and a didelphys uterus.

A septum in the uterus (septate) is the most common abnormality in which the uterus is separated into two. A hysterosalpingogram can be used for diagnosis, which can further be confirmed with an MRI and a 3D sonogram.

A weak cervix also leads to second trimester miscarriages repeatedly or preterm deliveries. There are several causes for cervical insufficiency and it can be managed with cervical cerclage, in which the doctor will place stitches on the cervix to allow it to hold the pregnancy.

Antiphospholipid Syndrome (aPL) is an auto-immune disease responsible for recurrent miscarriages in around 10-15% of women. Miscarriage at 10 weeks or more of gestation is more strongly associated with aPL than are earlier pregnancy losses.

Testing for antiphospholipid antibodies can be carried out in RPL patients but only after the anatomic, hormonal, and chromosomal causes have been ruled out.

If you test positive, Low doses aspirin and heparin are part of treatment regimen.

Reduced maternal immune tolerance towards the fetus is considered one of the causes of repeated miscarriage but immunologic factor for recurrent miscarriages have not been conclusively proven by research so far. However, there is evidence that altered levels of maternal immunologic responders are seen in women who’ve had multiple miscarriages.

Recurrent miscarriage tests should be dependent upon an initial understanding of the possible cause.

If, for instance, the miscarriage happened due to a random genetic problem in the baby, you couldn’t have done much and chances are, you could go on to have a normal, healthy pregnancy without really needing any tests.

Scans and investigations for the uterus

It is important that you do not unnecessarily do any or all of these tests under stress. Consult with an experienced doctor to understand your situation, before doing any tests for multiple miscarriages.

Understanding the cause of recurrent miscarriage is important, so treatment can be tailored accordingly. The below treatments are considered:

Does IVF help with recurrent miscarriage?

Depending upon the reason for multiple miscarriages, IVF may or may not be helpful.

Unsuccessful IVF or early loss of IVF pregnancy is often attributed to poor genetic condition of the female egg.

The quality of female eggs worsens over time and the chances to get embryos with abnormal genetic makeup are high as you touch your 40s. If you have undergone IVF several times but miscarried early, it is probably due to embryo arrest.

If eggs are the reason, you may talk to your doctor and consider IVF with donor eggs.

Dr. Tan Chong, an experienced IVF specialist in Malaysia, said that most commonly the below three investigations are done for repeated miscarriages:

Other than this, consider sperm DNA fragmentation testing which is helpful in finding out the integrity of a sperm at the molecular level.

Sperm with damaged DNA may be responsible for recurrent miscarriages.

One of our clients—an Australian couple—underwent eight unsuccessful IVF cycles in over 10 years in several different countries, only to find out eventually that the sperm DNA was responsible for the failure. A simple test could have saved them years of anguish and disappointment.

However, sperm DNA analysis is not advised for everyone. Consult with an experienced fertility expert to understand what may have caused your repeated miscarriages, before you spend any money on IVF.

If you are having trouble conceiving or have been facing recurrent miscarriages, get in touch to consult with some of top fertility doctors on our panel and see if you can find a direction towards completing your family.

To consult with a specialist for recurrent miscarriage and possible treatment options, get in touch via the form on this page.