Second IVF Baby: what are your chances? 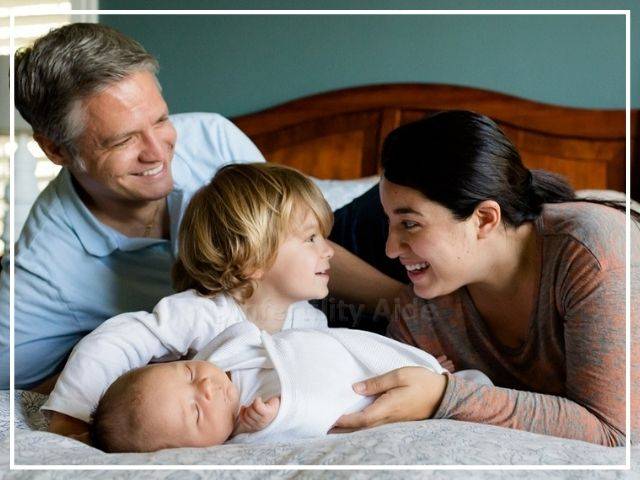 If you’ve conceived once via IVF, you’re likely to be able to do that again. After an initial success, the chances of having a second child with assisted reproductive technology (ART) are quite good, according to a study published today in reproductive medicine journal, Human Reproduction. This is the first major study to investigate the chances of having a second IVF baby.

Analysing data from IVF clinics in Australia and New Zealand, researchers looked at the records of 35,290 women, who had conceived with the help of IVF in 2009-2013, and returned later for a second chance in two years.

43 percent of women, who had a baby with IVF using their own eggs between 2009 and 2013, returned for another cycle by December 2015. The researchers followed up with the women and live births up to October 2016 were included in this study.

Chances of having a second IVF baby

The chances of having a second IVF baby were found to be as high as 51 – 88% after six cycles of treatment, when considering both fresh and frozen embryo transfer.

After six complete cycles, the cumulative live birth rate for the 15,325 women (average age 36 years) was 61% to 88% if they used both fresh and frozen embryos, and 51% to 70% if they only had fresh transfers and did not freeze leftover embryos.

The chance of a second IVF baby was found to be lower if:

If a woman has frozen embryos from the cycle in which she was able to conceive successfully once, she has higher chances of having a second baby from the same batch of embryos as compared to someone who returns for a fresh cycle.

As with all outcomes in ART, the chances of conceiving second time with IVF are lowered with increasing maternal age. Women in the age group 35-39 were found to have 22% lower chance of conceiving a second IVF baby as compared to women under 30 years if they use frozen embryos from a previous cycle. Women over 35 starting a new, fresh IVF cycle had 50% lower chances than younger women to have a second IVF baby.

However, in case the woman had only one cycle of IVF and conceived with a single embryo transfer in the first go, or if the infertility was caused due to male factor, the chances of having a second IVF baby were much better.

These figures are not indicative of the absolute outcomes for everyone as that depends upon individual circumstances, but they will give you an idea what to expect and how to approach the treatment, if you decide to have second IVF baby.

“We explored two questions: what is a woman’s chance of achieving a second live birth in a particular cycle of treatment if previous cycles have failed, for instance in cycle three if the first two cycles have failed; and what is the overall, or cumulative, chance of a woman achieving a live birth after a particular number of cycles, including all the previous cycles. For example, what is the overall chance of a woman having a baby after up to three cycles?” said Georgina Chambers, PhD, of the University of New South Wales in Sydney, Australia

The first live birth seems to have been affected by:

“A complete cycle was defined as all fresh and frozen embryo transfer cycles resulting from a single ovarian stimulation,” the researchers said.

For women aged between 40 and 44 years, the cumulative live birth rates after three IVF cycles were between 38-55%, when fresh and frozen embryos were used and 20-25% when they had a new stimulated cycle each time.

Fresh or Frozen embryos in IVF?

For second IVF babies, the fresh vs. frozen embryos debate is tilting in favor of the latter and it’s because of the below two reasons:

“Frozen embryos remaining from a previous cycle originate from a biologically younger patient than those created in a new cycle,” said co-author Christos Venetis, MD, from the University of New South Wales in Sydney. “Frozen embryos also tend to indicate a better prognosis, since these women were able to produce multiple good quality embryos.”

“This is the first time that the estimates for the chances of having a second baby using IVF have been calculated,” Chambers told MedPage Today. “This is important because most couples want more than one child. And those that had to use IVF to achieve their first baby are likely to need IVF again.”

More than 15,000 women in this study came back for their second IVF baby and it was more likely for women who were younger when they conceived their first IVF baby.

There were also some limitations to the study as the authors noted: the research does not consider individual prognostic factors such as ovarian reserve, weight and BMI, the duration of infertility, etc. that highly affect the chances of IVF success.

The study authors also thought that the generalization of the study results to people outside of Australia may be limited as the use of IVF in Australia is quite high and some factors may apply to Australians.

With improving ART technology, people are more confident in these treatments and having a second child via IVF is not as big a deal as it was a few years ago.

The data from this study may be helpful for doctors to have a better understanding of the possible chances of success for patients returning to have their second babies with IVF, so they can counsel and guide them accordingly.

If you’re hoping to have multiple children with IVF, consider getting in the treatment as early as possible and have some embryos frozen. Starting the treatment right is most important: get in touch via the form on this page to learn more and plan your IVF.

Repon C. Paul, Oisin Fitzgerald, et al. What Are the Chances of a Second IVF Baby After the First?