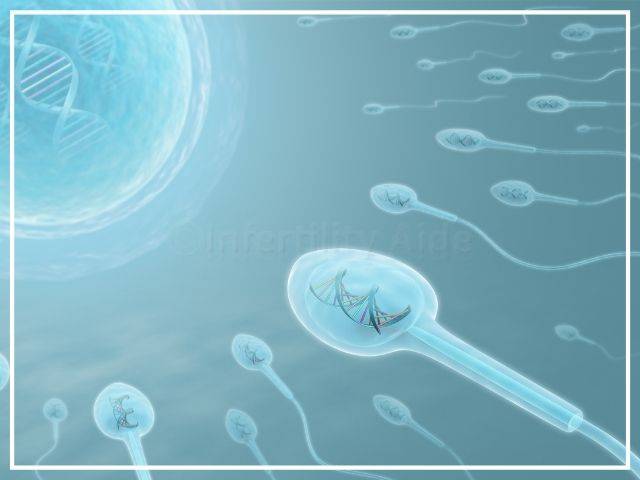 The miscarriages or conception problems you’re having could be attributed to faulty sperm DNA, which is unfortunately not assessed in a routine semen analysis. Sperm DNA fragmentation testing is required to check for the integrity of the DNA of your sperm, which is an important factor in successful conception.

A simple semen analysis, although sufficient in many cases, only tells us about the count, morphology, and motility of the sperm, but gives no information about its genetic defects, which are often the cause of recurrent miscarriages.

Infact nearly 15% of males with normal semen analysis results actually are infertile, according to a report published in the Translational Andrology and Urology Journal.

That means men who have adequate parameters of semen analysis established by the World Health Organization (WHO), can still be infertile owing to significant sperm DNA damage.

Obviously, we need a more refined investigation technique that provides greater details about the biological structure of the sperm and its ability to fertilize an egg.

Sperm DNA fragmentation (SDF) testing provides greater insight into the integrity of a man’s sperm at the molecular level. Currently, several kinds of SDF tests are available that can guide the doctors to assess the level of damage to a man’s sperm and better decide the treatment options for infertile patients.

How to check Sperm DNA integrity?

A sample of sperm is collected to test the amount of DNA damage. Any of the following methods may be used to check for the structural integrity of the sperm DNA:

Although their application is limited, these tests may be very useful for couples who face unexplained infertility or multiple miscarriages.

While most people will have some percentage of DNA fragmentation, the ones that have more than 30% damage are considered less suitable for good reproductive outcomes.

“SDF is the only test that allows us to look at anything other than bulk semen parameters,” James Hotaling, MD, assistant professor of surgery and co-director of the Fertility Integrated Practice Unit at the University of Utah School of Medicine in Salt Lake City, told the American Association for Clinical Chemistry (AACC). “It lets us look at that quality of the DNA packaging critical for early embryo development.”

However, you have to bear in mind that DNA fragmentation testing alone is not indicative of conclusive results as there are many other factors that affect a pregnancy.

For a section of people, this testing would be useful and your fertility expert will be able to guide you if it is recommended in your situation.

What does Sperm DNA testing indicate?

Men with a higher concentration of sperm DNA fragmentation are likely to have fertility problems—as faulty sperm causes imperfect embryogenesis, the conception will either not take place, or if it does, it may result in a miscarriage.

An analysis of 16 studies that used different methods of testing the sperm DNA, found that there was a significant increase in miscarriage and pregnancy loss in patients with high percentage of sperm DNA fragmentation as compared with those with low DNA damage.

However, sperm DNA testing is not recommended as a routine test for all infertile couples.

Reports from the American Society for Reproductive Medicine (ASRM), the British Fertility Society (BFS), and the European Society for Human Reproduction and Embryology (ESHRE), have all suggested that there is not enough evidence to include sperm DNA testing as a routine clinical protocol for all infertility patients.

Based on the sperm DNA results, your doctor will be able to recommend the required lifestyle changes and medications, and guide you towards treatments that will allow for the best chances for success.

The treatment for SDF will depend upon the cause of it. Lifestyle changes and a diet replete with anti-oxidants may be able to help improve the DNA fragmentation that is caused by free radicals.

If significant amount of SDF is found in the initial testing, DNA of the sperm should be checked again after 3-4 months to see if the suggested treatments and lifestyle changes have brought about the desired improvements.

“Rather than having a patient undergo and play Russian roulette with expensive technologies like IVF [or intracytoplasmic sperm injection] that can cost $10,000 to $15,000 per attempt with less than a 30% success rate,” Ashok Agarwal, PhD, director of the Cleveland Clinic Clinical Andrology Lab and Sperm Bank told the AACC.

Couples facing conception problems and repeated failure due to male infertility, may benefit more from finding out if they have sperm DNA fragmentation and working with their fertility expert for relevant solutions, instead of simple pumping money into expensive ART treatments that will not bring any results.

It must be noted here that SDF testing is not indicated for everyone and you must consult with a qualified doctor to see if that may be the solution for you.

If you are facing male infertility and considering SDF testing or looking for affordable IVF treatment, get in touch via the form on this page.