India’s surrogacy industry was brought to a screeching halt with the introduction of the Surrogacy Regulation Bill in Lok Sabha on 21 November, 2016. India’s surrogacy bill is still awaiting Parliamentary action to become a law.

Surrogacy had been legal in India since 2002 and did not draw much attention until in the recent couple of years, when people from other countries started to travel to India for affordable surrogacy.

It is a complicated process wherein a woman decides to carry a baby for another person or couple for nine months, and gives it away at birth in exchange for a monetary compensation.

As more and more foreigners discovered the availability of cheap surrogacy services in India, the possibility of malpractice became huge. The country with poor healthcare regulation and little check on medical businesses then started to see major problems in surrogacy arrangements. 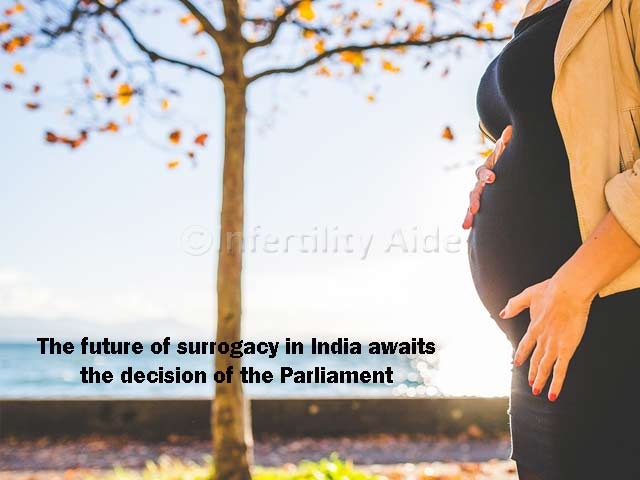 Several complicated cases highlighted the dubious future of the children born of surrogacy arrangements as well as the potential exploitation of poor women, and India decided to tighten its grip over the system.

The child is now living under the custody of her grandmother in Japan. But because Japan does not recognise surrogacy, she did not get its citizenship

In another probable case of child trafficking, a European man was reported to have commissioned for surrogacy in several different surrogacy clinics of Mumbai, India, until he  was caught by the local police, which further prompted strict action on the practice of surrogacy.

The governments of both the countries intervened and the couple was warned that the child may be left stateless. They then gave up the boy for adoption in India but there were concerns of child trafficking because it was reported that some money had been exchanged.

According to ABC news, the Department of Foreign Affairs and Trade (DFAT) has confirmed that both of these children are now in Australia.

In a similar case in Thailand, Australian parents only took home the baby girl and left behind her twin brother, who was born to a Thai surrogate.

Taking strict action, both Thailand and India have banned commercial surrogacy for foreigners.

Not enough compensation for surrogates

India’s concerns are not limited to the life and future of surrogacy babies. Some surrogacy clinics in India are known to charge a large sum from the intending parents but pay very little to the surrogate.

Such exploitation of poor women in India is another reason to call for regulation of surrogacy in India.

In one such reported case, a single mother of two from Chennai decided to become a surrogate to raise some money for starting a small shop.

Unfortunately, after the delivery of the baby, she received only about INR 75,000, because autorickshaw driver took 50 percent from her compensation for serving as the middleman.

With more media attention over such disregard for the welfare of surrogates and the babies, a number of public interest litigations were filed in the Supreme Court to control this practice.

The 228th report of the Law Commission of India called for a suitable legislation to ban commercial surrogacy and instead, allow only altruistic surrogacy (where no monetary compensation is involved) for the needy.

Current status of surrogacy in India

Since the introduction of the bill in November 2016, commercial surrogacy for foreigners has been completely banned for foreigners.

Indian couples are still commissioning for surrogacy, pending a firm decision from the law. 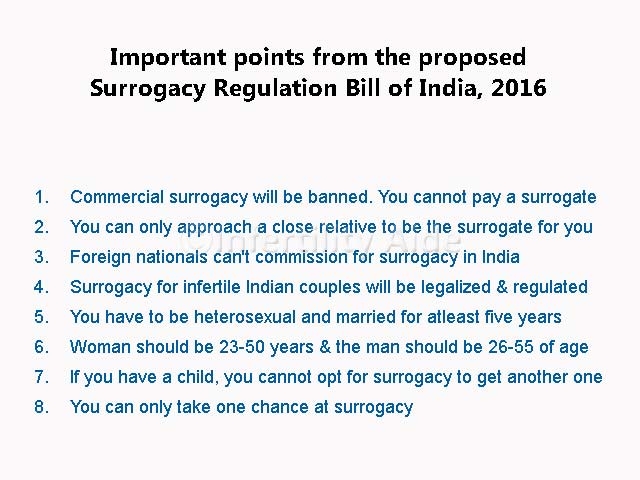 The Standing Committee that was supposed to submit suggestions on the controversial Surrogacy Regulation Bill, 2016, has again delayed its report.

The bill was referred to the Parliamentary Standing Committee on Health and Family Welfare, and additional suggestions from the public were sought with a deadline of 13 April, 2017. Thereafter, they rescheduled the presentation of report as the committee requested for an extension until 11 July.

But now, with July gone, there is still no firm solution. They have again asked for a further extension and the new date for submission of report has been set for 11 September, 2017.

While the government is under no obligation to consider the suggestions of the committee, it is believed that they are usually very influential in forming the final decision.

The only question here is to why has the committee delayed its report so much, and how much longer further are they going to take?