What are the best methods for Endometriosis Diagnosis? 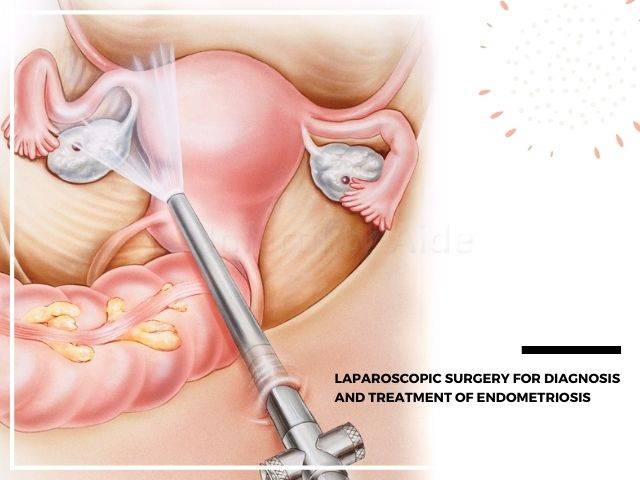 Endometriosis is a painful disease that affects approximately 200 million females around the world. The condition usually presents as varying degrees pelvic pain and extreme discomfort for women; often the diagnosis is late and treatment is consequently delayed. If you know the different methods of endometriosis diagnosis, you may be able to identify and deal with the problem at the earliest.

What happens in endometriosis?

Endometrial tissue, which normally lines the inner walls of your uterus, starts to grow outside and covers the pelvic cavity, reproductive organs, and is some cases, even the bowels and rectum.

During your menstrual cycle the endometrium thickens and breaks to be released from the body, but the tissue growing outside the uterus becomes trapped as it cannot be removed from your body. It grows over your organs and causes adhesions, scars, and pain. This is the reason why periods are especially painful for women with endometriosis.

Common symptoms of endometriosis include:

The above symptoms are not always a clear indication of endometriosis as they can be caused by various other conditions, and this is what makes endometriosis diagnosis challenging.

With careful understanding and some investigations, it may be possible to diagnose endometriosis at the earliest. Let’s look at the different methods for endometriosis diagnosis:

While an ultrasound itself is not very helpful in reaching conclusive diagnosis of endometriosis, it can assist your doctor narrow down to a few possibilities.

An ultrasound is done with a wand-like instrument that uses sound-waves to create images of your organs and body cavity.

In these images, if the doctor is able to identify “chocolate cysts,” which are typical of endometriosis, they may direct further investigations to a more definitive judgement of the suspected condition.

A vaginal ultrasound is considered better in this situation, but smaller adhesions do not show in ultrasound imaging.

Your doctor will try to examine your pelvic area with their hand to see if they can feel any cysts or scar tissue that may be an indication of endometriosis.

MRI uses magnetic field and radio waves to create more detailed images of your internal organs and tissues. This allows the doctor to have a better view of your uterus and the growth of endometrial tissue to see if endometriosis is the cause of your problems.

Most doctors around the world still rely on laparoscopy to confirm the diagnosis of endometriosis in any patient.

If present, the presence of endometriosis may be confirmed and the surgeon may take a small section of the tissue for biopsy.

Mostly at this point, the surgeon will also excise the endometrial tissue using the same laparoscopic technique, so you do not have to undergo surgery again.

While laparoscopy is the most reliable method for endometriosis diagnosis, researchers from Australia, Belgium, and Jordan found that a non-invasive method may also help diagnose the condition.

They performed a controlled trial and found that a small sample of endometrium (uterine lining), collected through the uterus, can be biopsied and checked for the presence of dense nerve fibers, which are an indication of endometriosis.

29 of the 35 women, who did not have endometriosis, had no nerve fibers in their endometrial biopsies. In the remaining six women in this group, three had extremely painful periods, one had a history of endometriosis, and one had adhesions that did not fully pass as endometriosis.

This study corroborated the findings of an earlier study, performed in 2007.

Sometimes, women with endometriosis are found to have higher levels of CA125 in their blood but in general, blood testing is not very helpful in the diagnosis of endometriosis.

The diagnosis of endometriosis often takes years, mostly because the symptoms are vague overlap with other conditions such as pelvic inflammatory disease, ovarian cysts, musculoskeletal disorders, irritable bowel syndrome, etc. Often, patients complain, that their doctors downplayed the situation as they called it problematic period.

A 2012 study found that it takes an average of 10.4 years to diagnose endometriosis in a woman, after she first has the symptoms.

More awareness and better diagnostic techniques have improved this situation as a 2016 study found that the average time from start of symptoms to diagnosis of endometriosis was reduced to 4.4 years in the United States.

How to know if I have endometriosis?

There is no certain way to self-diagnose endometriosis, even though you must be reading online and comparing your symptoms constantly.

If you suspect endometriosis, you can:

Track your symptoms: Keeping a detailed account of your condition, including period dates, their flow, and severity of pain, over a few months can be helpful for your gynecologist to arrive at the right diagnosis quickly.

Consult with an experienced specialist: You will have to see a gynecologist for the confirmation and management of endometriosis. Surgical excision is not always required and the treatment mostly depends upon the severity of the condition.

To consult with one of our experienced surgeons regarding endometriosis diagnosis, surgery, and management of consequent infertility, get int ouch via the form on this page.