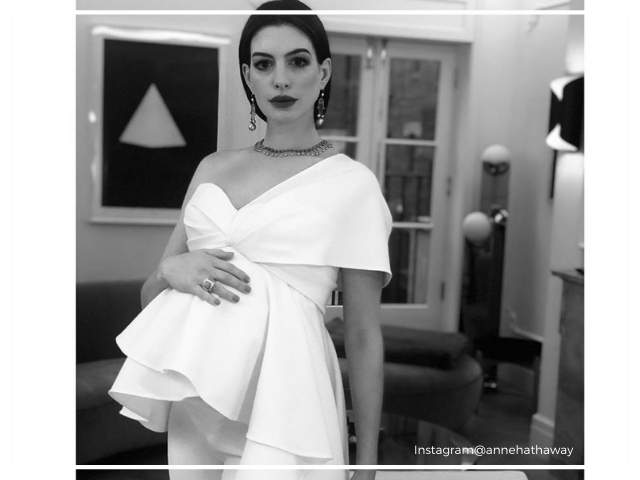 Anne Hathaway’s infertility journey was challenging and so long that she started to feel tormented even at the sight of any pregnant woman. So, when the Hollywood actor put up that joyful picture of herself with a burgeoning baby bump to announce her second pregnancy, she felt it was also important to share the miserable story that brought her to that point.

“For everyone going through infertility and conception hell, please know it was not a straight line to either of my pregnancies. Sending you extra love,” she wrote on her Instagram handle.

“It’s not for a movie,” she clarified on the post that received almost 4 million likes and thousands of comments cheering the actress.

Since then, ‘The Hustle’ star has given several interviews, speaking candidly about infertility and the isolation that comes with it.

According to the US Department of Health and Human Services, around 13 percent of couples in the US face difficulties in conceiving. Many of them will resort to IVF or other forms of ART and may still take years to get pregnant.

Talking to the Daily Mail, Hathaway said that conception problems are common and yet it “is something people don’t talk about” and so she felt it was important to send out an honest message to people, who are struggling to conceive.

The actor, 36, said it was especially hard to see people successfully conceive, while she could not, despite trying over and over again.

“What made matters worse was that I was embarrassed to feel like that because there was no conversation to be had about it,” Hathaway said. “So, when I was writing that post, I was thinking about that one follower I might reach, the woman who’s in hell about this and can’t figure out why it’s not happening for her.

“She’s going to see my announcement and, while I understand she will be happy for me, I also know that something about it will make her feel worse. I just wanted to say: ‘Look, this wasn’t as easy for me as it looks.’”

Social media posts don’t often show the full picture and Hathaway warns of the hints of despair covered by a joyous picture. She wanted to be sensitive to the emotions of people, who are having trouble getting pregnant.

“I sometimes think Instagram makes life look really breezy, but that’s not the whole story. By leaving out the sad part, we make women who are struggling with this feel isolated and lonely; we make them feel like it’s all their fault. I wanted to be more sensitive than that.”

Hathaway and her actor-and-jewelry designer husband, Adam Shulman, have been married for eight years. Their first child, Jonathan Rosebanks Shulman, born in 2016, is now 4 years old, while his junior, Jack, was reportedly born sometime towards the end of 2019.

Her first pregnancy announcement was also unusual as the Oscar winning actress had shared a picture of herself on the beach, pregnant and rocking a red bikini. Admitting that it was “a little out of character” for her to share a bikini photo, Hathaway explained that she’d noticed that she was being clicked by photographers around her, so she thought she might as well share a picture that she likes.

While the mother of two did not divulge if she underwent IVF treatment and refused to share the exact details of her infertility struggles, Hathaway admitted that neither of her pregnancies was easy.

That message seems to have resonated with thousands as the Hollywood actor revealed that since putting put that post about her struggle to get pregnant, she has been inundated with messages from women who find themselves in similar situations.

“When I said to them: ‘This has happened to me, it broke my heart, it broke me,’ so many of them said: ‘It happened to me, too,’ and that was the thing that allowed me to come through it, to feel my pain without having anyone rush in to define it or cure it,” she said. “To be able to understand what was going on beyond blaming myself or blaming my body.”

Hathaway also pointed to the Daily Mail that when you’re going through infertility, people can be quite hurtful with their apathetic comments.

“What I hated was when people would say: ‘What’s taking you so long?’” she said. “Or they’d try to put a pretty bow on what was happening to me and make it seem not so bad. I would just think: OK, you’re allowed to have your feelings about it, thank you very much, but my feelings are my feelings, and I’m fairly devastated right now, so whatever you say, I’m still going to feel that way.”

She was however grateful for the women, who shared similar experiences and stories of their own struggle with her.

“Of course, my husband was there with me every step of the way, but I was also amazed at the number of women in my life who were brave enough to share their stories with me,” said Hathaway.

At another event to promote “Modern Love,” her new romantic comedy series for Amazon, Hathaway told the Associated Press, “I think that we have a very one-size-fits-all approach to getting pregnant,” And you get pregnant and for the majority of cases, this is a really happy time.

“But a lot of people who are trying to get pregnant: That’s not really the story. Or that’s one part of the story. And the steps that lead up to that part of the story are really painful and very isolating and full of self-doubt. And I went through that.”

The star of movies like Devil Wears Prada, The Intern, Ocean’s Eight and Les Miserables, said she was blown over by the large number of women who went through some form of infertility, and yet how silent it remains.

How common is infertility?

Latest statistics suggest that around the world, almost 15% of people in reproductive age face infertility.

What is even more alarming is the fact that the numbers have been constantly rising from 1990 to 2017, according to another analysis.

Considering the lack of standardized data collection in many countries, it may be difficult to ascertain the exact number of people in the world who have trouble getting pregnant, but what we do know is that the subject is still a taboo and infertility remains inadequately discussed.

Kudos to celebrities like Anne Hathaway for coming out to openly discuss and draw attention to this subject.

“I didn’t just wave a magic wand and, ‘I want to be pregnant and, wow, it all worked out for me, gosh, admire my bump now!’” she told the publication. “It’s more complicated than that.”

Acknowledging that her happy pregnancy post could be difficult for people silently struggling with infertility, Hathaway tried to tell them that she was in the same boat some time ago.

“I was just aware of the fact that when it came time to post that I was pregnant, somebody was going to feel even more isolated because of it,” Hathaway said. “And I just wanted them to know they have a sister in me.”

Infertility Aide lauds Anne Hathaway for sharing her conception problems with the world and expressing solidarity with millions of couples, who are struggling to conceive.