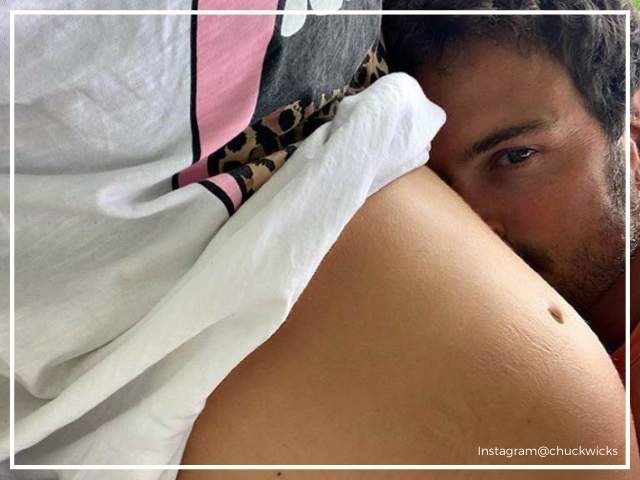 After trying to conceive for months, Chuck Wicks and his wife, Kasi Morstad, realized that something was not quite right and decided to seek medical intervention. Investigations revealed that their parenthood dreams were being choked by male infertility. Kasi and Chuck Wicks’ infertility struggle eventually resulted in a pregnancy and the joyous couple is expecting a baby boy in December 2020.

Now that they are through the difficult phase of uncertainty and despair caused by infertility, the couple decided to share their journey with People Magazine, so other people in similar situations could find some hope.

“It’s just such a miracle, such a blessing,” the country star told People. “I’m thankful for amazing doctors, thankful for science.”

According to a report published by the Military Health System of the US, around 40 percent of all cases of male infertility are attributed to an unknown cause (idiopathic). Wicks was in the same situation.

Despite everything we know about infertility today and more people discussing about it, the stigma remains. Women have often complained that they feel that motherhood is a part of being a woman and not being able to get pregnant makes them feel as if something is wrong with them. The men don’t have it easy either.

Kasi had to have a baby with Chuck

Kasi, 36, and Chuck, 40, got married in July 2019, and soon the Nashville, Tennessee-based couple started trying to have a baby.  Kasi already has three daughters from a previous marriage—21-year-old Makenzie, 19-year-old Madison and 9-year-old Avery, of whom, the former two are married.

“I thought I was done,” she said of having another child, before she met Chuck. But then, he came along and “I couldn’t imagine not having a child with him.”

Chuck always longed to be a father. So, once they started trying to get pregnant and learnt about the infertility problem, Chuck and Kasi quickly considered IVF treatment.

“We started hearing a lot of very similar stories that had successful outcomes, so I think it gave us that hope that, okay, maybe this can work for us, too,” Kasi said.

Once the couple started looking at options for in vitro fertilization (IVF), they underwent some investigations and quickly realized that Chuck was suffering from oligospermia (low sperm count). Now, the human sperm cycle is only around three months and there are some ways to improve sperm count and enhance your fertility, but those may not be for everyone.

In Chuck’s case, it was only 15 sperm per ejaculation, when the normal count is typically around 100 million. So even with improvements, the chances of conceiving naturally would not have been great.

After the administration of some stimulants, Chuck deposited a sample of sperm and they were able to select two spermatozoa, which were injected into two eggs, collected from Kasi.

“It was just one egg, one sperm, and it actually worked,” said a delighted Kasi.

Anyone undergoing IVF should know that it is always about quality over quantity. So, do not despair if you have only 2-3 eggs collected in a cycle; eventually, you just need one healthy fertilized egg to have a successful pregnancy. Sometimes, fewer eggs are taken as an indication of poor fertility levels, which also means the quality of eggs might not be favorable for a positive outcome.

If that is so, you may follow these ways to improve your egg quality, but if nothing works, the only solution may to go for IVF with donor eggs.

Pre-genetic screening is now being widely used by fertility experts to determine which embryos are most likely to result in a pregnancy and a healthy baby, especially in women aged 35 and above.

Chuck and Kasi also opted for genetic testing of the embryo, for which the results can take 2-3 weeks.

In the meantime, the woman is encouraged to follow a healthy routine to prepare her body to receive the embryo and have maximum chances of having a successful pregnancy.

The embryo was tested and frozen as the couple waited two more months to prepare for receiving it.

On March 25, as they waited in the hospital, Chuck Wicks saw the incubator come in and started to sob. He was just so overwhelmed at the thought of his boy being inside.

“I just start sobbing because I knew inside that incubator was my little boy,” he said.

Lucky to have support

Kasi, who works in pharmaceutical sales and is also the sister of country superstar Jason Aldean, did a home pregnancy test in eight days, which came out positive and the news was confirmed again in two days by their fertility specialist.

The whole process can be a bit unnerving for any couple but Wicks and Kasi found that they were lucky to have a solid support system.

“That’s been the best thing about this whole process,” Wicks told People. “A lot of people have to do this on their own and don’t have a support system, so we’re very blessed.”

Having gone through the procedure and facing the uncertainty and anxiety that it entails, Wicks and Kasi are very grateful as they await the arrival of their son in December 2020.

“The fact that we had to go this route makes us realize even more how special having a child is,” he said.

Chuck Wick’s infertility struggle and the whole IVF journey also made him come to terms with his real situation. He realized infertility is difficult but it’s not the end of the road. “It just happens,” he said, “so that’s the reassuring part.”

While discussions about infertility have been opening up and female fertility is more openly discussed now, there is still very little mention about men, who are facing infertility, despite almost 30 percent of all infertility cases being attributed to them.

Big shout out to Chuck Wicks for talking about male infertility; hope the couple has a safe pregnancy and a healthy baby.