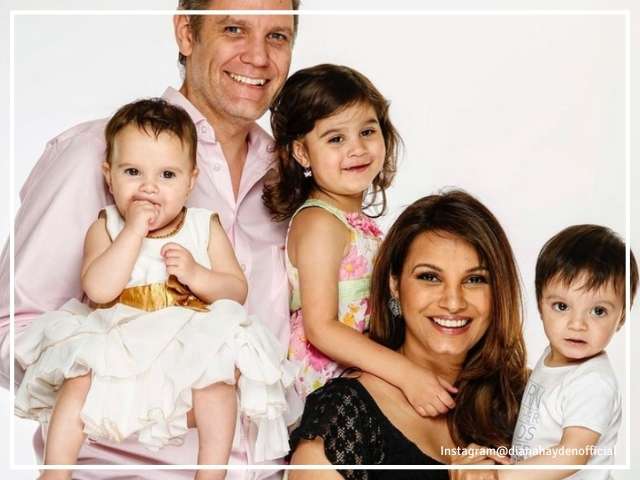 Former Miss World Diana Hayden has conceived twins with the eggs she froze about ten years ago. Earlier in 2016, she gave birth to her first child – a daughter, who she named Arya. Hayden was 42 at the time.

A decade ago you would credit this to some medical marvel, but now we just call it egg freezing, which is becoming common as more women wait till later in life to get married.

Although career concerns may cause some women to delay child bearing, a hectic professional life is usually not the main reason for women to choose egg freezing. It is actually the lack of a partner.

Female fertility starts to decline between the ages of 35 and 40, and if by that time women don’t have a significant someone, they consider saving their eggs for future instead of just settling down with someone they don’t feel sure about.

“I froze my eggs for two reasons: I was busy with my career at that time and, more important, I was very clear that I was going to wait to fall in love and marry before having a baby.”

As it was for Diana Hayden, who froze her eggs as insurance for future as she desired to be a mother but didn’t want to rush into marriage.

“I wouldn’t want to get married just to have a kid, or just to do the conventional thing. So, you give yourself that option, where there’s no pressure,” said Diana, who had married American Collin Dick in 2013.

She also brings up the proverbial biological clock that is a natural concern for women. “You hear that tick-tick behind you because you feel it,” she said.

Diana Hayden was 32 years old when she first learnt about egg freezing in 2005. It was not so commonly offered then, but Hayden approached a doctor and within the next two years she underwent egg freezing.

16 eggs were collected and frozen and that led Diana to what she described as “feeling free.”

“I just felt so free because I felt time is on my side. I can make my choices, make the right decisions and lead my life,” she said of her egg freezing experience. “Today, you have a choice. All you’re doing is saving your chance for ‘what if.’”

She also feels that career focused women can make use of this option and not feel pressurized about getting married or having a baby, when they are not ready.

What is a good age to freeze your eggs?

Pregnancy becomes difficult after 40 years mostly because the quality of a female’s eggs deteriorates rapidly in late 30s. Poor egg quality is infact one of the top reasons for failure of IVF in older age.

A healthy woman can carry a baby even in later years if her eggs are still holding well.

Egg freezing will not be helpful if your egg quality has already started to decline. So, if you plan to freeze your eggs, you should consider doing preferably it before the age of 35.

Ideally doctors recommend the age of 32-34 for freezing eggs; the earlier the better.

However, this is not standard as all women have individual factors. Some women may have good quality eggs even upto the age of 40 years. Even if you have crossed the age of 35, you must not dismiss this idea before checking your fertility status.

Egg freezing can cost $2,000 – $10,000 and it may not be a viable option for all women. The other option to get pregnant in later life is to use donor eggs for IVF.

Egg freezing requires a special freezing and thawing technique, so you must carefully choose a reputed clinic and doctor.

To see if egg freezing is a viable option for you and to find a reliable doctor for egg freezing, get in touch with us using the form on the right.