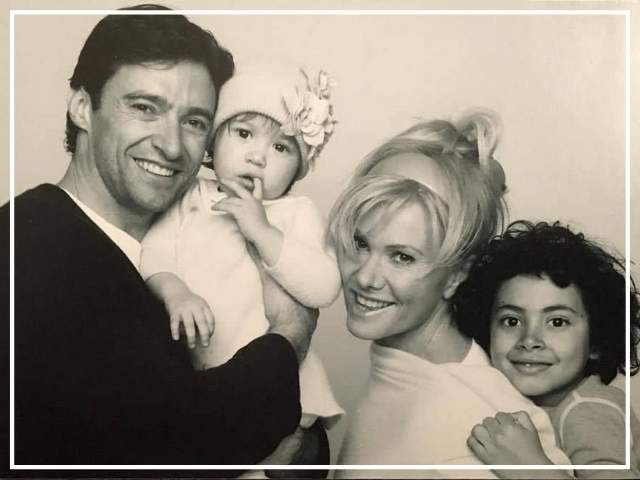 Even though Hugh Jackman and his wife, Deborra-Lee Furness, were always prepared for adoption, they had to go through the despair and disappointment of failed ART treatments before finally embracing the joys of parenthood. Here’s Hugh Jackman on failed IVFs, repeated miscarriages, and the importance of having open discussions on the subject.

The pain of suffering a miscarriage is brutal. “Until you go through it, you don’t understand, it’s not talked about a lot,” Hugh said in conversation with ABCs’s Katie Couric, while on her talk show for the publicity of his film Les Miserables.

He clarified that adoption was always on the table: “Deb and I always wanted to adopt. So that was always in our plan. We didn’t know where in the process that would happen but biologically obviously, we tried and it was not happening for us and it is a difficult time.”

Not according to plan

The Wolverine star met Deborra-Lee Furness (who had done 25 films and was already famous then) on the sets of ABC’s Australian prison drama Correlli in 1995, and got married the very next year. Their plan was to have their biological children and then adopt later, he had earlier told the Herald Sun.

While the life of an A-list Hollywood star might seem perfect, everyone has certain struggles and uncertainties that are only made more difficult by being in the public eye. For Jackman, it was his journey to becoming a father.

“It was painful,” he said of the time they discovered that having biological children isn’t going to be straightforward. “It’s not easy. You put a lot of time and effort into it, so it’s emotional. I think any parent can relate – trying to have children is wonderful and when you feel as though that’s not going to happen, there’s a certain anxiety that goes with it.”

IVF failure is experienced by over 50 percent of patients who undergo these treatments and miscarriages are also very common but these topics remains under-discussed.

“It’s a good thing to talk about it. It’s more common and it is tough. There’s a grieving that you have to go through,” said Hugh Jackman on failed IVFs.

“We did IVF and Deb had a couple of miscarriages. It happens to one in three pregnancies. But it’s very, very rarely talked about. It’s almost secretive, so I hope Deb doesn’t mind me bringing it up now.”

However, for them the wounds were healed and “all the heartache just melted away” once their son, Oscar, came into their lives.

Having their child brought a rush of emotions for Hugh and Deborra-Lee.

“Parents know you can’t prepare for that moment. Nothing can prepare you… You can’t even explain how incredible it is and that avalanche of emotion that comes and how it opens up your heart, how it frustrates you, how it angers you, how everything is just all the sudden how alive you are as a parent,” said the actor.

Hugh Jackman also talked to the Australian Women’s Weekly on how parenthood had brought about wonderful changes in his life.

“It’s been one of the most amazing and difficult journeys. Parenthood is so rewarding, but sometimes so hard,” he told The Weekly. “I don’t know how this happens, but nothing stirs your emotions more than your kids… They make you face who you really are.

“I suppose if parenthood has taught me anything, it’s taught me humility.”

However, for the 51-year old actor and his actor-producer wife, 64, the experience of IVF and miscarriages was so difficult that “he’d never forget it.”

The Greatest Showman star also opened up to PEOPLE editor-in-chief Jess Cagle about the arduous journey that finally brought their children—son Oscar Maximillian, now 20, and daughter Ava Eliot, now 14—into their lives.

When they got married in 1996, Furness was 40 and Jackman 27, so they decided to have babies as soon as possible.

They were right in being concerned—age does impact a woman’s ability to get pregnant and even with IVF the chances of getting pregnant after 40 are quite low.

“Because of her age, we started [trying] straightaway when we were together,” he said. “We struggled, a couple miscarriages, [in vitro fertilization] — it was not easy. It was difficult, obviously particularly on Deb.

“I remember saying to her, ‘We were always going to adopt — let’s just adopt now.’”

Once prepared for adoption, Jackman and Furness started to consider “the need” and they decided it was the most for mixed-race children. They never tried to find babies based on their physical characteristics.

“Our motivation behind adopting was, ‘Where is the need?’” Jackman said. “And we just knew from talking with people in that space, when we were looking around, that the biggest need is in mixed-race kids.”

Many people, when looking to adopt, try to look for kids that bear some resemblance to them but for the Jackmans this was never an issue.

What really matters according to Hugh Jackman

“I believe in life and I want to tell my kids that your personality is interesting, it in some way very much defines you, the color of your skin, whether you’re a male, whether you’re a female, but that’s not who you really are,” he said. “What really defines you is beneath all that.

Back in 2013, the actor was diagnosed with basal cell carcinoma (BCC), a kind of skin cancer, when his wife noticed a mark on his nose and insisted, he get it checked. She was right, and he ended up getting multiple surgeries to get rid of the cancer.

“Please don’t be foolish like me,” he told his fans. “Get yourself checked. And USE sunscreen!!!” In 2017, he was still getting the cancer removed but assured that all is well via a post on his Instagram handle.

When he was just eight, Hugh Jackman’s mother, Grace, left for England and never came back. His father however, proved to be a rock, taking care of Hugh and his four siblings. The actor said he learnt so much from his father. It was all “about loyalty, dependability, being there day in, day out, no matter what. It’s always about the family,” he said during an emotional TV interview.

Perhaps that’s one of the reasons for him being such a family man. Jackman said he never spends more than two weeks apart from his wife and their two children.

Big shout out to Hugh Jackman for opening up about his grievances. Infertility, miscarriages, and the pain they bring can be harsh— let’s make it a little easier by keeping the conversations going.

2 thoughts on “Hugh Jackman on Failed IVFs, Miscarriages, and Adoption”