Jessie J sings about infertility; opens up during concert 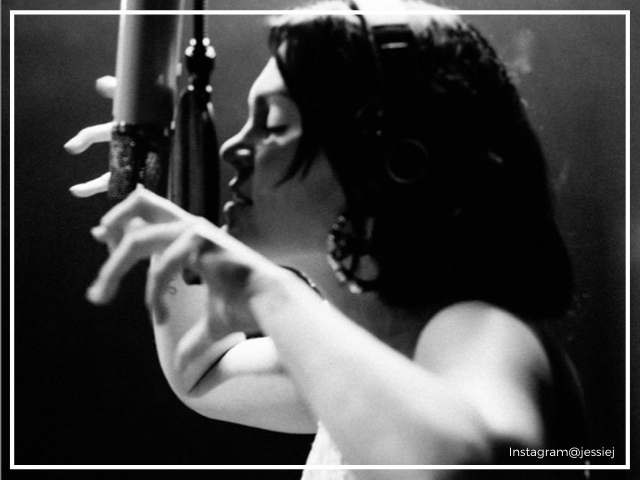 Jessie J’s infertility song has created quite a stir. In an extremely candid and vulnerable moment, she sang about her infertility, while onstage at a concert in London.

“Four years ago, I was told I couldn’t have children,” she said in front of thousands of fans gathered at the Royal Albert Hall in London Tuesday. “And it’s okay, I’m going to have children, trust me. When the doctor told me, my reaction was, ‘Oh hell nooooooo.’”

The song about infertility

The singer had penned a song called the ‘Four Letter Word,’ which talks about her longing to be a mother. Before she launched into it at the concert, Jessie J made an emotional speech, disclosing her fertility problems.

“I don’t tell you guys for sympathy because I’m one of millions of women and men that have gone through this and will go through this,” she said, according to British newspaper Metro.

“It can’t be something that defines us but I wanted to write this song for myself in my moment of pain and sadness but also to give myself joy, to give other people something that they can listen to in that moment when it gets really hard.”

Addressing the pain of millions going through infertility, she insisted that she is singing for anyone who has been through a similar situation or has seen a loved one go through it.

“So if you’ve ever experienced anything with this or have seen somebody else go through it or have lost a child, then please know you’re not alone in your pain and I’m thinking of you when I sing this song.”

Jessie’s new boyfriend, Channing Tatum, was also in the audience that night. Later he posted a picture of her at the show and wrote, “This woman just poured her heart out on stage at the Royal Albert Hall. Whoever was there got to witness something special. Wow.”

This woman just poured her heart out on stage at the Royal Albert Hall. Whoever was there got to witness something special. Wow.

The Price Tag singer had expressed her desire for have baby back in 2013, when she was 25 years old.

“When I turned 25, something changed in me. I see children in my future 100 percent. Very soon. ‘I started thinking I want my kids to look back and say, “Wasn’t Mummy amazing?” I’ve really started thinking about what I’m leaving for them,” she told Marie Claire back then.

Earlier in 2017, Jessie had hinted about undergoing some health problems but she didn’t exactly say what it was. In an interview with the Daily Star Sunday, she had revealed that she’d be diagnosed with something which was hard to come to terms with and how it was all made more difficult by being in the public eye.

“In the two years that I did The Voice in Australia, I was diagnosed with some health issues that I’m not ready to talk about that I had to really face as a woman,” she said. “I also lost my grandparents and didn’t have time to grieve. The hardest part about being an artist is that you have to open your wounds to heal other people’s and you don’t often get the time to heal your own.”

The singer then intentionally took some time away from the exposure.

As support poured out for Jessie after her big revelation during the concert, she posted a series of Instagram stories exhibiting her determination to be a mother one day.

“After explaining the meaning of my song ‘Four Letter Word’ on stage during this tour, the love and support I have received have been overwhelming. Thank you,” she wrote.

“I was told 4 years ago I won’t be able to have children. I was also told I would need a hysterectomy immediately and to be put on medication. I refused the hysterectomy and I’m off all medication through natural medicine and diet change. I haven’t given up hope. I am doing all I can to make it happen the best way my body will allow.”

Reiterating Mrs. Obama’s words, Jessie also said that infertility problems are so common and that this topic needs to be discussed more openly.

“It’s taken me a long time to be open. It’s my truth. And when I put it in my music it’s out there.  My journey is just one in millions that exist. I stand with you ladies. Strong in our emotional pain. To turn it into joy.”

Subtly talking about the availability of fertility treatments and offering encouragement to women who are trying to conceive, she said, “I will be a mother. As will you. I believe in miracles. But if it doesn’t happen naturally. Then that wasn’t meant to be the journey. But a mother is within all of us. That inspires every day. We are strong! Time will tell.”

Jessie J’s infertility inspired her to write a song about it. Many other women have found inspiration through difficulties. Kudos to all the women who are coming out to talk about infertility and helping millions of others who are suffering in silence.