Kenya Moore, the star of Real Housewife of Atlanta, is reportedly undergoing IVF treatment in Barbados. She was spotted entering the Seaston House Fertility in Bridgetown and some people close to her confirmed to the TMZ that she is indeed planning to get pregnant with IVF.

TMZ also reported that although she arrived solo for her treatment, Kenya’s husband, Marc Daly was expected to join her in two days.

Later on Saturday, November 18, the happy couple was seen walking out of the airport with Daly carrying a small suitcase. The IVF process typically takes 2-3 weeks and another 15 days are required after the procedure for pregnancy confirmation. Kenya is reportedly staying in Barbados for that duration. 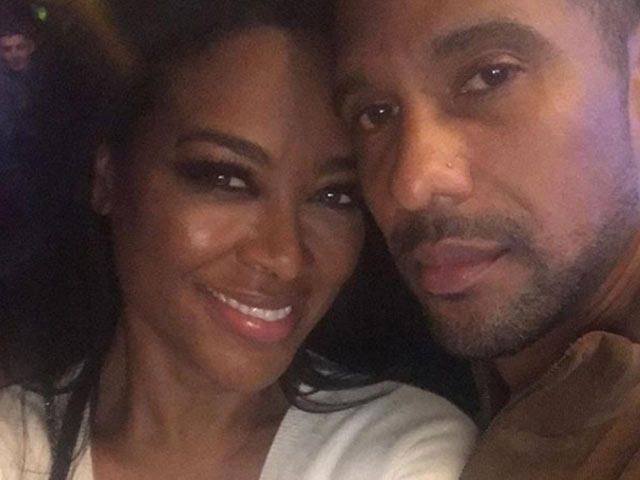 The 46-year-old entrepreneur and reality star gave an indication of her desire to start a family via an instagram post that showed her dogs Kings and Twirl playing in the sand. She also asked the followers to pray for her.

“My twins #KingsandTwirl they bring so much fulfillment in my life, calm, happiness and purpose. I can only imagine what children do. Pray for me,” she wrote. Although later, she deleted the “pray for me” part.

My twins #kingsandtwirl they bring so much fulfillment in my life, calm, happiness and purpose. I can only imagine what children do. #love #life #happiness #marriage #truth #forgiveness #laughter #furbabbies #children

Kenya has also talked about her hopes of becoming a mother earlier, as she said to the US Magazine in October: “I think all of my plans are in motion and I hope by reunion you see me with a belly, so we’ll see. Fingers crossed!”

IVF in older women can be difficult as female fertility declines sharply with age. RHOA camera crews were not around but it is learnt that Kenya plans to talk about her IVF experience during the reunion show that will be filmed in the early part of next year.

All is well in Moore’s marriage

Moore had eloped with Daly and surprised her fans by announcing her marriage in June. “I married the love of my life and the best man I’ve ever known,” she told the Us Weekly back then. “I never believed I could be this happy! I want to thank everyone who made my day special. I felt so beautiful in my Pallas Couture dress! It was a magical day.”

Marc Daly already has children and Moore revealed that when she wished him via an instagram post on Father’s Day, June 18.

“To my husband, Happy Father’s Day to you and all the great Dads. We met a year ago but didn’t speak again until December. Since we reconnected you have been my everything, my one and only, my heart…I love you,” she captioned the photo.

To my husband, Happy Father’s Day to you and all the great Dads. We met a year ago but didn’t speak again until December. Since we reconnected you have been my everything, my one and only, my heart…I love you. #devotedwife #family #happyfathersday #truelove #bliss

Later however, she confessed that she and her husband had hit a rough patch in their marriage and that they might get divorced. Moore broke down off camera as she told the production staff about her troubled marriage.

She explained that her restaurateur husband was having a difficult time dealing with her fame. He lived in New York while she stayed at her home in Atlanta.

“All this pressure. And it’s like too much too deal with and I don’t want to get divorced,” she said through the tears.

However, the couple seems to have put their troubles behind them as they are now in Barbados, looking forward to start their family with the help of IVF.

Kenya Moore is undergoing IVF and don’t you wish her well? Leave your comments below