Lisa Ray has twins with IVF-Surrogacy

Actor Lisa Ray, who openly shared her battle with cancer a few years ago, has announced the arrival of her twins via surrogacy. Legal regulations got in the way of Ray’s desire to undergo surrogacy in India. However, she was able to find her joy elsewhere in the world.

The actor shared the news on Instagram along with a photo of her twins and the caption read: “Stand back world: here comes Soufflé (Sufi plus Soleil) My girls know the future is female. Thank you for all your support and blessings. Takes a village.” 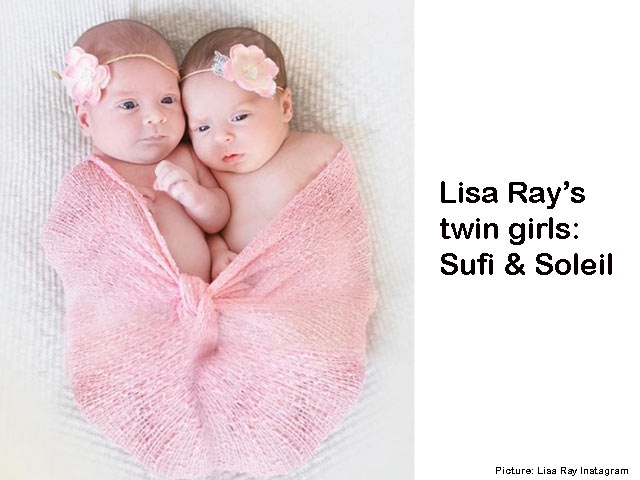 The actor decided to openly talk about it so as to help other people who find themselves in a similar situation.

Lisa starred in films such as Kasoor (2001) and Water (2005), after making a smashing start to her career by featuring in a music video for Nusrat Fateh Ali Khan.

She was diagnosed with blood cancer (multiple myeloma) in 2009, but aggressive treatment and stem cell therapy helped her be cancer-free in one year’s time.

Unfortunately, she relapsed two years later and the cancer came back right after her wedding to Jason Dehni on October 20, 2012.

Speaking in an interview with Hindustan Times, Ray said, “Most people don’t even know that I relapsed. But I’m too stubborn to be fearful. Okay, I won’t say that I’m not fearful, but I consider fear a passing emotion.”

With the diagnosis of cancer and the heavy dose of medications that followed, Lisa Ray could not get pregnant.

Reproductive cells are usually damaged in cancer treatments, and women undergoing these should consider the option of egg freezing.

“It has been an arduous and interesting experience. Having been diagnosed with multiple myeloma (a form of blood cancer) in 2009, which requires me to be on a lifelong dose of medication, pre-empted the possibility for me to carry children myself,” Lisa said in her interview with Bombay Times.

“Fortunately, technology has progressed where there are choices and new possibilities for having children.”

In their mid 40s, when Lisa and her husband decided to start a family, they considered the option of surrogacy as she could not carry a pregnancy herself.

Why were they denied surrogacy in India?

Commercial surrogacy in India was made illegal for foreigners just a week before they were to start the process.

“We were crushed. While I understand the pressing need to regulate the industry and prevent exploitation of surrogate mothers, it was a case of literally throwing out the baby with the bath water,” she said.

However, she was determined to have baby. They got some dubious advice that they could still continue the process in India and that there were ‘ways’. But they avoided the illegal, perhaps risky chances, saying “we did not want to bring our children into the world under a cloud of uncertainty.”

Lisa and her husband then turned to Mexico, but they did not succeed.

“We hired an agency to help, had an unsuccessful attempt in Mexico, and spent a lot of money, emotional resources and sleepless nights. But as a cancer survivor, I firmly believe in overcoming the odds. And with my husband and a few close friends’ support, we hoped for the best,” she said.

Finally Eastern Europe is where they found a solution. Surrogacy in Georgia is allowed for foreigners and Lisa describes it as a transparent, regulated process.

The couple even relocated to the capital city of Tbilisi for a few months, and finally in June 2018, their little bundles of joy arrived. 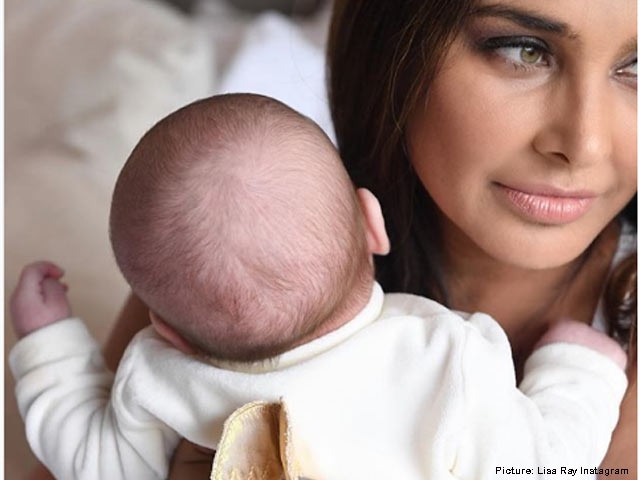 She introduced them to the world as Soufflé (Sufi plus Soleil).

The birth of her twins

“At the moment, my life is full of cascading emotions, attempting to co-ordinate feeding, napping and play schedules while juggling work, self-care, travel and time with friends, family and my hubby,” says Lisa.

“My life has been full of crazy adventures, but right now, I’m experiencing a new level of anarchy and love. I can’t wait to bring our daughters to our home in Mumbai.”

In a recent post, she talks about the journey of motherhood. 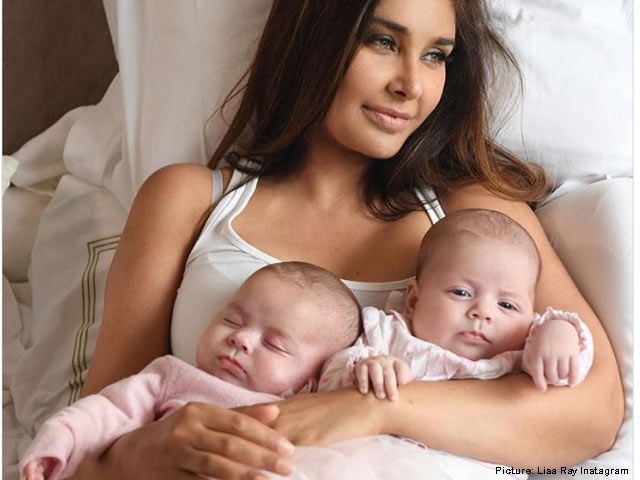 “Motherhood is like drilling into your heart. It’s also like trying to change your clothes in the middle of a roller coaster ride—new skills all the way. There’s a new level of anarchy and love in my life now, but also a fullness that’s hard to describe.”

She also talked about her husband’s contribution and support. Becoming parents in their mid-40s might be unconventional but she said it was just the right time for them. “I love to see Jason with them, growing into his new role as a father, holding them, changing diapers, with a burp cloth I got him, which is embroidered with ‘Men Who Change Diapers, Change the World’.”

Lisa had never planned on motherhood cards but once she got married, her longing for children grew.

Lisa said, “Many things in my life have been unplanned. So, when the desire for children grew after I married my soulmate, Jason Dehni, it frankly caught me by surprise.”

Like many celebrities today, Lisa Ray decided to come open about her journey to parenthood, which involved IVF and surrogacy. One in every six couples in world faces infertility and when people come out to talk about it, they somewhere help other couples.

“I wanted to share our struggles and triumph. Having been open about my cancer journey and receiving so much unconditional support, sharing this moment of happiness feels right,” says Lisa. “Hopefully, our story can give hope to others who are struggling to have kids.

Life throws you both challenges and miracles, and I’m unspeakably grateful for my miracle daughters,” she said.

While expressing that she is extremely grateful for her ‘miracle daughters’, Lisa wants to teach them to be “resilient, strong, open, and that they can achieve anything they set their hearts on.”

“There are no boundaries, except the ones in our minds and children have no idea of what they can and cannot achieve, she said. “Bringing up the next generation to be kind is the greatest chance we have for a better future. I can’t resist whispering in their tiny ears—The Future is Female.”

Lisa Ray was diagnosed with a rare form of blood cancer in 2009 and a year later in April, she was declared a survivor. Lisa married Jason Dehni, a banking executive, in 2012 in Napa Valley, California.

We appreciate celebrities like Lisa Ray who openly discuss their fertility struggles and help other people understand that it can happen to anyone and that they are not alone in infertility.