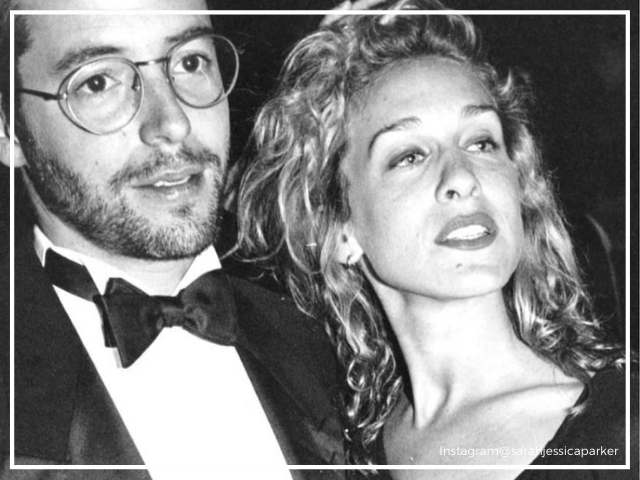 Sarah Jessica Parker, star of ‘Sex and the City’, joins many female celebrities who have come forward to share their stories about infertility and their journey through IVF treatment. Let’s take a look at Sarah Jessica Parker’s IVF journey.

Parker, like many women suffered from secondary infertility. This is when you struggle to conceive after already giving birth to a child. This can be quite unexpected if you had no problems conceiving your first child.

The experience of giving birth was a magical and life changing one for Parker. Speaking about the birth of James, she reportedly told the Edit Magazine, “I only got to give birth once. I would give birth as often as I could, if I could.”

Sadly, despite conceiving at an older age with her son, Parker and her husband experienced secondary infertility problems when trying to give James a sibling.

Choosing to expand their family

Following the birth of their son, Parker and Broderick were keen to expand their family. Parker grew up as one of eight siblings and she was always passionate that James should not be an only child. Speaking of James, she stated that “I didn’t want him to have to shoulder the burden of us later in life, by himself.”

The ‘Sex and the City’ star has never publically revealed what her exact fertility issues were or how many cycle of IVF did the couple go through. However, during the period of time that they were trying to conceive, Parker did turn 40.

As fertility declines with advancing age, this could have affected her chances of conceiving. In fact, age can be a common cause of secondary infertility, given that women are now waiting until they are much older to start their families.

Also, success with IVF over the age of 40 can be difficult when using a woman’s own eggs.

“We’ve been trying to expand our family for a number of years and we actually have explored a variety of ways of doing so. [Surrogacy] was one of the things we discussed with seriousness that had real possibilities for us,” she said in an interview with Access Hollywood.

When prodded about the disappointment in not being able to conceive, SJP said, “Yeah, I mean, I couldn’t pretend otherwise … It would be odd to have made this choice if I was able to, you know, have successful pregnancies since my son’s birth.”

However, they must have other issues as Parker and her husband ultimately decided to use a surrogate to carry another child for them.

Did SJP get pregnant with donor eggs?

If you announce pregnancy at 44, it is likely that you will be questioned about the use of donor eggs. One of the main reasons for IVF failure and for not being able to conceive after a certain age is that the quality of a woman’s eggs declines as she ages.

However, there have been instances of women conceiving with their own eggs in their forties and even though less probable, it is not impossible.

Besides, what are the chances of you being a Hollywood celebrity and opting to freeze your eggs when they were still good? It’s a common trend and SJP certainly must have the means to do it.

Not that we are claiming we know the truth behind SJP’s fertility treatment choices, but if someone chooses to not speak about whether or not they opted for donor eggs or why they had to go with a surrogate, it should be respected.

Decision of hiring a surrogate

While some people accused that SJP’s work commitments (a sequel to the Sex and the City movie was under production at the time) might have caused them to go the surrogacy way, SJP never revealed what it exactly was.

In 2008, when Parker was aged 43, they chose Michelle Ross as their surrogate. Parker said, of her choice to use a surrogate:

“We had explored, and continue to explore all options, and this one just happened first. This isn’t the period at the end of the sentence.”

Parker and Broderick were delighted when they found out that their surrogate was in fact carrying twin girls! Although Parker did struggle with trying to keep the pregnancy a secret, saying that “We couldn’t talk about the fact that we were having children to anybody for sooo long!”

“All the stuff that matters is secretive and worrisome. You can’t talk about how you feel about the woman who’s carrying your children; you can only talk to your husband.”

SJP’s surrogate was hounded by the press

Due to SJP’s high profile career, once their surrogate was named, she was hounded by the press. Michelle Ross was subjected to behavior such as being followed and having her personal phone and computer hacked.

This culminated in a former police chief being jailed after breaking into Ross’s house and taking photographs of her surrogacy file, including ultrasound pictures, in order to sell these to the press.

During this time, Parker was understandably stressed that there was little she could do to protect her surrogate and unborn babies.

She said that it keeps her from sleeping every night. “It’s really incredibly upsetting to think of her so far away and me not being able to do something, beyond what I’m legally allowed to do,” she said.

Despite the harassment throughout the pregnancy, the twins, Marion Loretta Elwell Broderick and Tabitha Hodge Broderick, made a healthy entrance into the world in June 2009.

During an interview with Vogue magazine in 2010, Parker spoke of the experience of surrogacy, stating, “Meeting your children rather than giving birth to them, it’s as if, um, it’s suspended animation. The gestational experience is gone,” adding, “it’s so different, and equally extraordinary… But it’s amazing.”

If, like Sarah Jessica Parker, you are also suffering from secondary infertility, then be aware that there are many options available to you to help you to expand your family.

Whether it is through IVF treatment, surrogacy, IVF using donor eggs or other methods of ART—treatment for secondary infertility is available.

Be sure to look into your options carefully to make sure that you make the right choice for you and your family.

Reading about Sarah Jessica Parker’s own experience and how she overcame her fertility hurdles, may help you to feel less alone in what you are going through and also to provide a more positive outlook at the start of your own journey.

Do you have anything to say about Sarah Jessica Parker’s IVF-surrogacy journey? Please share below