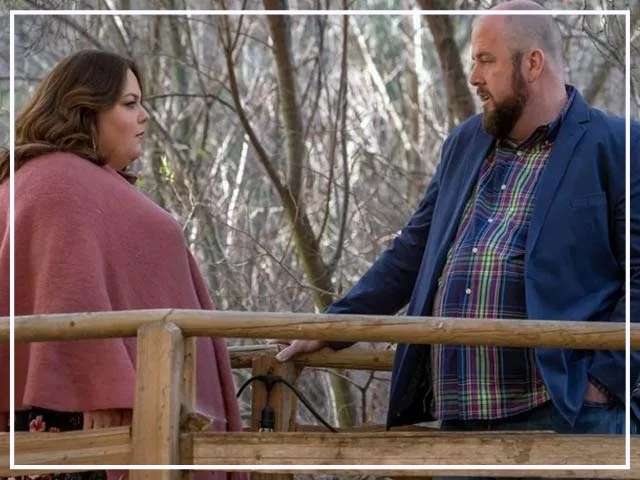 Does obesity really affect your chances of IVF success? Obesity issues in IVF treatment have come in the social spotlight recently due to the second season of a popular reality show ‘This Is Us’.

On the hit NBC series, Kate Pearson (played by Chrissy Metz), the main character is battling with infertility. She was undergoing stimulation shots to boost her egg production, and was due to start the next steps in the IVF procedure, when the doctors told her that they could not handle her case as her severe obesity might impede her chances of a successful pregnancy.

“At your weight, the chances of a successful pregnancy is risky…egg retrieval is invasive at your BMI,” the doctors at the fertility clinic told Kate and her husband Toby.

Further in the episode the doctor changed her mind and accepted Kate for the fertility treatment but made sure that Kate knew that the chance of success was only 10%. Due to her extreme weight, the chance of complications in the treatment and her pregnancy were as high as 90%.

Kate’s character is 38 years old (considered advanced maternal age) and suffering from PCOS (polycystic ovarian syndrome). However, the doctors here based their prognosis only on Kate’s weight.

The storyline stimulated emotions through the nation and many women took to social media to voice their opinion about that:

As someone who struggles with #infertility and has been trying for 3 years… someone who cannot afford #IVF to even try it. I feel for Kate. It’s nice to see someone with my struggles on TV and light being brought to #PCOS @NBCThisisUs #ThisIsUs

Thank you #ThisisUs for bringing in the story lines of #infertility, #PCOS, and #IVF. Couples struggle to conceive often in shame and it needs more attention! #infertility #marriage #atoughjourney

It is also worth mentioning here that Kate’s husband Toby is also has fertility problems—the doctor says his sperm count is low because he’s been on antidepressants.

Despite the warning, Kate and her husband agreed to the procedure. This raises the concern regarding overweight women and the dangers they face in hormonal stimulation and IVF.

Many people question if it is alright to pursue this treatment even if your health and the health of your unborn child are at stake?

It is worth mentioning that earlier this year Kate suffered through a spontaneous abortion that took her and her family through a lot of stress and grief. The sentiment resonated with millions of viewers who were facing infertility in their real lives.

Actor Chrissy Metz herself could not handle the negativity.

“I would literally go home and not want to talk to anybody,” she told Glamour about filming the storyline. “It was difficult because you’re crying and all these emotions are right there all the time.”

How does obesity affect IVF treatment?

According to a study published in the Journal of Human Reproductive Sciences, female fertility and fertility treatments are significantly affected by obesity.

The chances of conception in ovulatory women are reduced if their BMI is high and ovulation induction (which is part of IVF) is also affected.

The researchers also found that obese women had lower fertilization rates, poorer quality of embryos and greater chances of miscarriage as compared to women who had normal weight.

Gradual and sustained weight loss can improve your chances of conception, the report concluded.

Obesity and infertility on This is Us

Obesity is a serious global issue. More than 60 percent of women in the US are obese or overweight, according to statistics released by the Institute for Health Metrics and Evaluation (IHME).

According to the CDC, the average BMI for women living in the United States is 26.5, which indicates being overweight.

Besides hampering the many functions of your body, obesity also impacts fertility in both men and women. Carrying so much weight deforms the organs (heart, liver, and womb) and adds stress to the body.

Overweight women have a higher chance of being infertile and are at high risk for spontaneous abortions and complications during child birth.

Why does obesity cause infertility?

Obesity (specifically excessive fat) results in excess of estrogen in the body, which can mess with your ovulation, said Nathaniel DeNicola, M.D., an assistant professor of obstetrics and gynecology at George Washington University and the environmental health expert for the American College of Obstetricians and Gynecologists.

“It’s sort of the same mechanism as a birth control pill,” he told Glamour. “If you produce more estrogen that creates feedback that you don’t need to ovulate.”

By reducing the percentage of fat in your body, you can reverse these effects.

Will Kate from ‘This is Us’ be able to conceive?

Doctors have agreed to help Kate through this ordeal despite the minimal odds of success. According to experts, Kate’s chance of conceiving using IVF is less than 10%.

Even if she conceived (according to experts that would be a miracle) she would have a difficult time carrying the child due to her weight.

There was an outreach of online support following the premier of the second episode. People expressed concerns for Kate and banded together on social media to express how they could relate to the anxiety and the difficulty she was going through.

And that was the intention of the producers.

Co-showrunner Isaac Aptaker, in an interview with Glamour, had said that they consulted fertility doctors to develop Kate’s story. “Once we started to hear that [PCOS] is common, then we brought in doctors and said, ‘What does the reality of this look like? And how do we get it right?’” he said.

“We showed this episode to a fertility doctor, and he was like, ‘Thank you. Nobody is doing this, and it’s so common. I see it every day.’”

It also struck a chord with some of the viewers who had gone through the same.

“I felt all the emotions Kate did when they suggested adoption or fostering,” 30-years-old Sarah Mares told Glamour. “There was a sting, because you want a baby and you are two people so in love who deserve children and it just isn’t happening. And being overweight or obese just makes dealing with fertility even more difficult. I felt her pain.”

We appreciate NBC television and producers of ‘This is Us’ for bringing up such an important topic. Infertility affects one in every six couples in the world yet it is not discussed openly. What do you think?