The long wait on India’s surrogacy Bill has finally ended and the Parliamentary committee tasked to review the Bill has voted against it.

Expressing concern over the possibility of illegal business in surrogacy if banned by the government, members of the parliamentary committee have rejected the blanket ban on commercial surrogacy in India, as suggested in the Surrogacy Regulation Bill, 2016.

The proposed Bill called for a complete ban on surrogacy arrangements in which any kind of compensation is offered to the surrogate, and suggested that only the altruistic form of surrogacy be allowed.

However, the parliamentary committee tasked with reviewing these suggestions, has said that banning of commercial surrogacy could lead to the growth of a black market in surrogacy services.

“The whole surrogacy service could go underground and would lead to increased exploitation with no mechanism for protection of any of the parties involved in the surrogacy arrangement,” the committee said in a report. 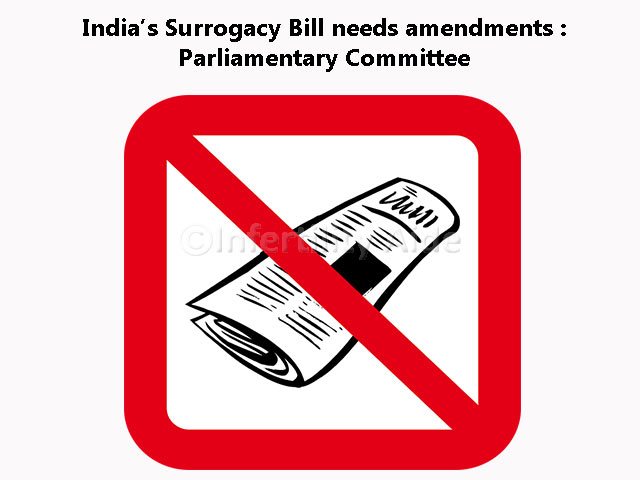 “There is also the likelihood of surrogacy being driven underground involving illicit inter-country movement of women to be surrogate mothers into foreign nations or safe surrogacy havens globally for monetary returns.

“This may subject the surrogate to worst sufferings. Hence, a prohibition of commercial sector is likely to hurt the very people it seeks to protect,” they said.

The 2016 bill requires the complete prohibition of surrogacy arrangements that involve monetary compensation and only allow for altruistic form of surrogacy.

However, the parliamentary committee spoke out against it, saying that expecting a woman to endure the hardships and post-partum period for another couple for only altruistic reasons is “tantamount to a form of exploitation.”

If you only let close relatives be surrogates, it is likely to be out of “compulsion and coercion” and not because of altruism.

“Pure altruistic drive for any substantial and meaningful contribution of someone else’s life is unreasonable to expect in today’s economic and social environment,” said the committee. “Endorsing altruistic surrogacy will enforce emotional and social pressure on close female relatives without any compensation for immense emotional and bodily labour of gestation involved in surrogacy as well as loss of livelihood.”

NRIs to be allowed commercial surrogacy in India

“Given our sentiments and sensibility, the social status of a woman in our society is judged by her reproductive life and there is a lot of pressure on her for child-bearing.”

Noting the significance of reproductive ability in our society, the members said that any woman is under a lot of pressure to have a child, and surrogacy should be an option for them if they are unable to have one for medical reasons. 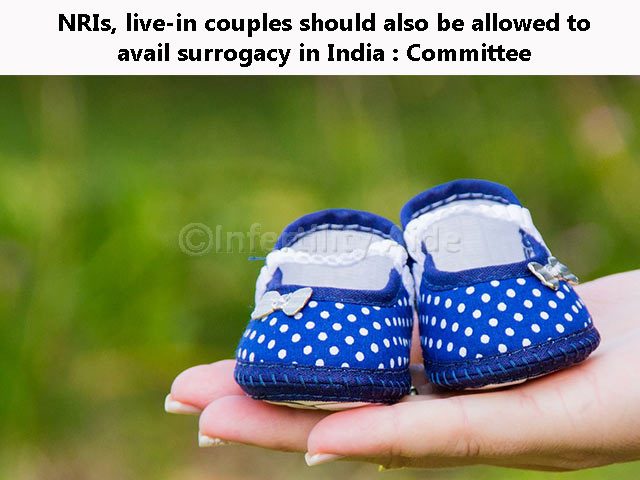 The committee members also suggested in favour of keeping surrogacy open for live-in partners because the current time demands that.

To not acknowledge live-in partners’ surrogacy needs would mean that the bill is not in consonance with the “present day modern social milieu that we live in and is too narrow in its understanding,” they said.

The surrogacy bill, introduced in November 2016 in the Indian Parliament, was aimed at protecting the rights of surrogate mothers.

PadmaShri Dr. Kamini Rao—a pioneer of ART in India, discusses significant points from the medical perspective and insisted that the rights of intending parents should also be protected.

Noting some cases where the surrogate was exploiting the commissioning parents, Dr. Rao called for a greater regulation in the surrogacy sector of India and opines that the surrogacy Bill has to be a part of the ART Bill, which has been worked upon for almost 20 years.