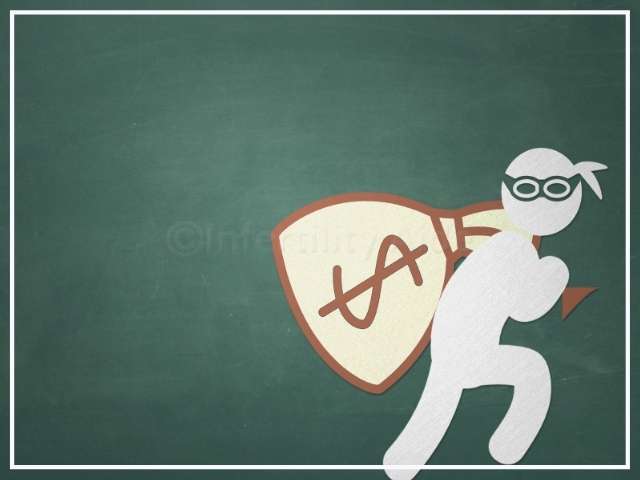 IVF is expensive but you don’t usually hear about anyone who steals to pay for IVF. A Scottish woman was so desperate to expand her family that she embezzled more than £92,000 from the company she worked for, so she could pay for expensive IVF treatments.

37-year-old Debbie Stevenson was a bookkeeper at The Pitreavie Group in Glenrothes, Scotland. She already had a son, but her desire to have another child got her to rip off tens of thousands from her employer.

She started stealing in August 2014 and initially used the money to pay for her expensive infertility treatments.

It seems she was getting her IVF treatment in Greece, and it naturally involved a lot of money. Anybody who has been to a fertility clinic would know that the cost of IVF does not easily fall within the financial means of everyone.

Debbie’s IVF journey proved successful and she delivered twins in 2015; however, the deception did not end there. She continued to steal from the firm and embezzled a total of £92,181.64 between 2014 and January 2017.

According to the Daily Mail report, her solicitor Scott McKenzie said: “She started embezzling from the company primarily to fund IVF treatment.”

He added that her IVF treatment involved significant costs, but gave no reason why she continued to steal even long after her twins, who are now two-and-a-half years, were born.

Her older son is now 18 years. Debbie and her solicitor said that she feared that the fraud could land her in prison and cause her to be separated from her children.

“She did end up under significant financial pressure,” said her solicitor, adding that Stevenson’s husband was studying to be an engineer.

He also told the court that Debbie was guilty and embarrassed about what she had done, especially in relation to the company’s director.

“She does realize the company suffered financial losses,” he said.

Also, she realizes that this is a serious offence, but explained that the risk of her repeating the offence was low and that her family would be in problem if she was put behind the bars.

“As far as the twins are concerned, there is no familial support in the area,” said the lawyer. “Her husband works full time. He would have to give up his work to look after the children.”

Sheriff Gilchrist postponed the sentence for three weeks so the suitability of a restriction of liberty order over Stevenson’s home in Boldon Colliery, Tyne and Wear, can be assessed.

Many people travel for affordable IVF in Thailand, India, Malaysia, or Eastern Europe, as IVF expenses are a common concern and the tight NHS rules for granting IVF funding are rather restrictive and disappointing.

You can also consider some of these ways to reduce IVF costs.

NHS – IVF funding may be refused if your Husband is Overweight

If you have comments or thoughts on this story, please share them below