Does Gluten cause infertility? 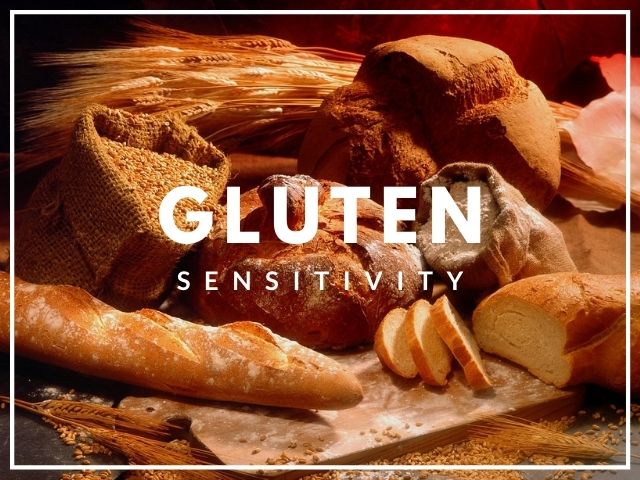 Gluten intolerance may be responsible for fertility problems in both men and women, research has indicated. So, if you are struggling to conceive and have been given the rather frustrating diagnosis of unexplained infertility, you might want to check if the problem is caused by the Gluten in your diet. How does Gluten cause infertility? Will eliminating it from your diet help you get pregnant?

Gluten—a protein commonly found in grains like wheat, rye, and barley—is being increasingly blamed for various health issues in people who are intolerant.

According to the Gluten Free Society, pelvic inflammatory disorders (PID) and polycystic ovarian syndrome (PCOS)—the two most common causes of infertility—are both linked to Gluten sensitivity in women.

Intolerance to Gluten is also speculated to result in a decrease in sperm count and motility in men.

In a prospective study, Gluten was found to be the causative factor in almost 6 percent of the patients of unexplained infertility. A number of European studies also pointed that women who had multiple IVF failures should be tested for Celiac disease, and if they test positive, conception would be possible by adopting a Gluten-free diet.

However, you might not want to radically change your diet without understanding the extent of the problem, if it exists at all.

Can Celiac Disease cause infertility?

Undiagnosed celiac disease may be the reason for unexplained symptoms and adverse pregnancy outcomes in many women, and researchers are looking into a connection between these. Women having repeated miscarriage are often tested for rarer diseases but science suggests that Celiac Disease could also be a factor and must be checked for.

A large Swedish study involving 11,000 participants, concluded that untreated coeliac disease may result in serious problems such as intrauterine growth restriction (IUGR) of the embryo, which results in pregnancy termination or miscarriage.

In a different study, Italian researchers found that fertility in men is also affected with Gluten.

Plasma testosterone in men was noted to have increased while dihydrotestosterone was reduced. Levels of serum luteinizing hormone was also increased and interpreted to reflect androgen resistance.

Earlier, researchers from the UK had also found androgen resistance in men with Gluten enteropathy, along with compromised sperm motility and morphology. “Almost 20% of married celiacs had infertile marriages,” they said.

The introduction of a Gluten-free diet in these patients normalized the hormone levels and resistance, and it seems to ameliorate the risks associated with undiagnosed celiac disease.

While the evidence is not conclusive enough to test for celiac disease in every case of unexplained infertility, it is a possibility that must not be ignored.

Those who don’t have the characteristic markers of celiac disease but are sensitive to Gluten, often suffer the worst because of the uncertainty over their situation.

People with non-celiac gluten sensitivity (NCSG) may have a leaky gut—a condition in which the intestines are chronically irritated and their protective mucus barrier is eroded. It affects digestion and, in some cases, large food molecules can pass from the eroded intestine into the bloodstream, triggering an immune reaction in the body.

The symptoms of this immune reaction are different for every one and for some people it may present as pregnancy problems and infertility.

It is not yet known if there is a definite link between NCGS and more research is required in this direction to establish that.

How does Gluten cause infertility?

While researchers try to look into the various ways that Gluten sensitivity and Celiac disease may be linked to infertility, there are certain things we already know:

1. Malnutrition: In people with Celiac Disease, Gluten consumption causes intestinal damage that halts the absorption of nutrients. This results in malnutrition, which then leads to fertility problems as obviously, a malnourished body is not fit to carry a pregnancy. Even if she conceives, a malnourished pregnant woman faces increased risk of miscarriage.

Besides, it alters the normal balance of nutrients like Zinc, Calcium, Selenium, Iron, and Vitamin D, which is important for signaling the production of ovulation-managing hormones like LH and FSH, DNA, and oxygenation.

2. Autoimmunity: The lining of your intestines, skin, and nervous system have an enzyme called transglutaminase and Gluten stimulates immune response by linking to it.

During pregnancy, the altered recognition of the fetus by the maternal immune system may result in an attack on the placental tissue transglutaminase.

There is also evidence that wheat lectin (WGA), which can travel freely thorough the placental barrier, may harm the developing fetus.

3. Inflammation: Gluten, being considered a foreign substance by the tissue transglutaminase enzyme, is presented to antibodies, triggering an inflammatory response. The inflammatory messengers and cytokines signal danger to the hormonal systems of your body, throwing off the normal hormone levels.

4. Lifestyle factors: Celiac Disease presents different symptoms causing people to adjust their lifestyles in ways that possibly make it hard for them to conceive. People have less intercourse due to pain, discomfort, bloating, diarrhea, joint pain, and chronic fatigue, thus reducing their chances of conceiving.

The role of Gluten in PCOS and Diabetes

Diabetes and PCOS are both potential contributors to infertility but are these conditions affected by Gluten consumption?

Diet plays an important role in Polycystic Ovarian Syndrome (PCOS), where the treatment usually involves switching to low carb and low glycemic index diets. These high-protein diets, known to improve the condition of PCOS, are often very low on Gluten.

Although there hasn’t been any evidence-based research to confirm the role of Gluten in PCOS, Gluten sensitivity often causes chronic inflammation and women with PCOS also have higher markers of inflammation.

There is conflicting research regarding the role of Gluten in diabetes. While scientists at the American Heart Association found that high Gluten diets lower the risk of type 2 diabetes, other studies indicate a Gluten-free diet may actually be helpful in preventing diabetes.

Normal blood sugar will certainly be more conducive to conceiving, and more research is required to establish the role of Gluten in achieving that.

If you are suffering from Celiac disease or your life is in anyway compromised with the consumption of Gluten, your doctor will recommend a Gluten-free diet.

However, if there is no real medical indication, and you just suspect that you may be Gluten intolerant, should you still follow a Gluten-free diet to get pregnant?

While we await more research to establish the role of Gluten in infertility, you cannot just wait while the experts gather scientific evidence. As you try to adjust your lifestyle to prepare for a pregnancy, going Gluten-free for a few months could not hurt if it is done carefully with the approval of your doctor.

Does Gluten cause infertility? The medical community is not decided on this and further research is being conducted but if you are trying to get pregnant, and suspect some degree of Gluten sensitivity, it is advisable to modify your diet with the approval of your doctor.