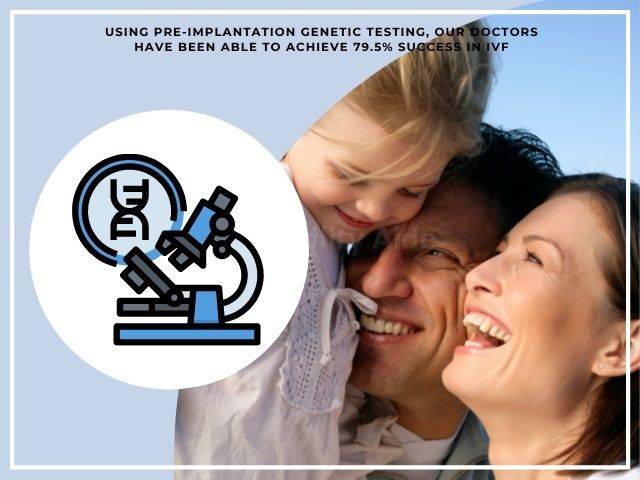 A genetic test, known as pre-implantation genetic screening (PGS), is widely used to get better results in IVF. A large majority of IVF failures are blamed on poor embryo quality and fertility experts recommend PGS to be able to select the best embryo that is most likely to result in a positive pregnancy. So how does PGS improve IVF success rates?

Using PGS, the embryos can be checked for abnormal chromosome number (aneuploidy), which is a major cause of both implantation failure and miscarriage. This allows the doctor to transfer only healthy embryos into the uterus, thus improving the chances of IVF success.

PGS is also known as pre-implantation genetic testing for an aneuploidy (PGT-A).

Chromosomal abnormalities in embryos are common. In fact, according to a study published in Biomed Central, nearly 50% of all IVF embryos are actually aneuploid.

Dr. Tan, from one of Asia’s top IVF clinics for genetic testing, explains in the below video how PGS helps improve IVF success: 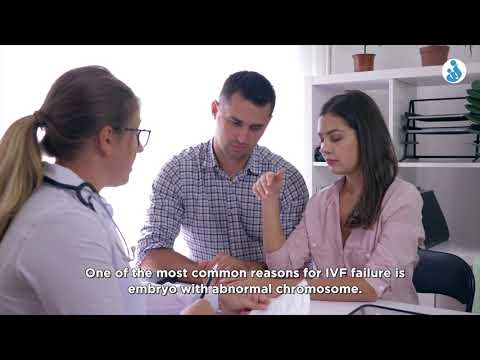 When is genetic testing of embryos required?

Recurrent miscarriages and failed IVF cycles can be the result of aneuploid embryos. The incidence of chromosomal abnormalities and consequent fertility problems increases with advancing maternal age, and by employing PGS technology, the transfer of aneuploid embryos can be avoided. With the transfer of healthier embryos to the uterus, you have better chances of IVF success.

PGS can increase the rate of clinical pregnancy

The chart below, based on information published in Reproductive Biomedicine Online, in 2016, shows:

Taking into account the effects of increasing age on fertility, these results are not surprising. They suggest that women in their late 30s are more likely to benefit from PGS and that there may be very little benefit in the use of PGS to improve IVF success rates in women under 35.

To add weight to this data, another study published in Fertility and Sterility, in 2013 found that:

If a chromosomally normal embryo is transferred into an older woman, the chances of successful implantation and pregnancy are not significantly different to that of a younger woman.

Additional studies and data from fertility clinics also support these findings. As an example, the Biomed Central study mentioned above states that IVF success rate with PGS tested embryos was 69.1 percent as compared to 41.7 percent in cases where the embryos were selected simply based on their morphology.

Embryos that look healthy on examination under the microscope can still have potential problems that may affect successful implantation and pregnancy. IVF success rates with chromosomally normal embryos are significantly higher than those with non-genetically-tested embryos.

What are the other benefits of PGS?

Besides enhancing the rates of successful clinical pregnancies from IVF, genetic testing also has several other benefits as:

Limitations of PGS testing in IVF

Given that only about 70% of PGS embryos lead to a healthy pregnancy, there must be some limitations to the genetic testing procedure. These include:

Do you need Genetic Testing with IVF?

PGT-A is usually recommended by fertility doctors to the patient groups described above; it is not for everyone.

Aneuploid embryos may lead to failure in establishing and maintaining a successful pregnancy. If there is an indication of the possibility of having chromosomal abnormalities in your situation, the doctor/embryologist will guide you regarding PGT-A.

Studies and clinical data show an increase in pregnancy rates when genetic testing is combined with IVF. As shown in the data from Reproductive Biomedicine Online presented above, this increase can be as much as 30 percent.

Besides increasing the chances of a positive pregnancy, genetic testing of embryos reduces the chances of miscarriage and raises significantly your possibility of delivering a healthy baby.

For more information and cost of PGS with IVF, get in touch via the form on this page. For any questions/comments, write in the section below.