Should you try IUI before IVF? 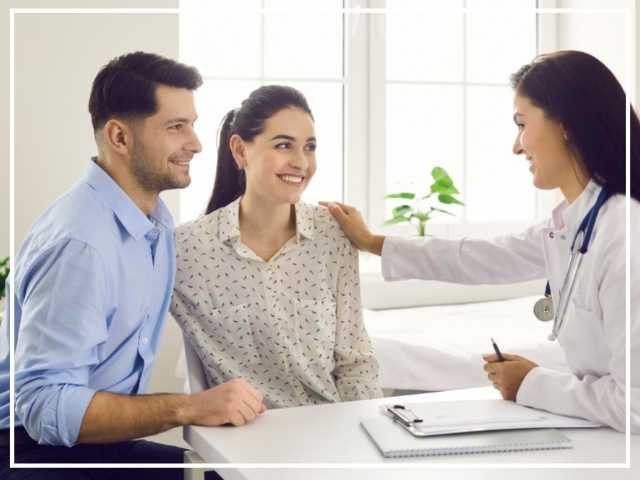 When first confronted with infertility and researching through your treatment options, you are bound to consider both intrauterine insemination (IUI) and invitro fertilization (IVF). But should you try IUI before IVF? Or is it just a waste of money and time, which can be extremely crucial in fertility treatments?

Before you start the treatment, learn about the differences between the two procedures, understand how they work, and finally discuss with the doctor on what is recommended in your situation.

While IUI is significantly cheaper than IVF and usually the first line of treatment in cases of unexplained infertility in young couples, it is totally contraindicated in some cases. For e.g. if your tubes are blocked, spending money on IUI would be a total waste.

As you weigh IUI vs IVF, here’s what you need to know:

What happens in IUI?

As the name suggests, IUI is the process of introducing the sperm into the female’s uterus artificially. It is a simple and straightforward process which usually requires a single session. It is scheduled to coincide with the female’s ovulatory cycle which can be induced naturally or chemically with the use of drugs.

What happens in IVF?

IVF is a more complex procedure where instead of the female’s uterus, the egg is fertilized with the sperm in vitro (test tube). This a more rigorous than the IUI as the IVF uses the embryo transfer method where the fertilized embryo is directly implanted on the uterus.

Unlike the IUI, which uses natural methods of ovulation, this process uses heavy drugs which help stimulate the ovaries before the procedure, so that more eggs can be collected to improve the chances of success in a single cycle.

Whatever the treatment, the final goal is to have a baby. While success rate is one of the main factors to consider, you will also take into account the complexity of the procedure, its cost-effectiveness, age of the patient, and time.

IUI is a popular option to begin with as it is less aggressive with fewer risks and side effects. It is not an invasive procedure with only occasional use of hormones and fertility drugs.

As compared to IVF, it also requires minimal monitoring with no risk for contracting health complications such as ovarian hyperstimulation syndrome (OHSS).

The procedure can be done quickly and painlessly, without much discomfort to your body or your wallet.

Given that all other factors related to yours and your partner’s fertility are favorable, before you undergo IVF, it is advisable to partake at least three cycles of IUI. This is especially advised to women below the age of 35 as they have higher chances of conceiving with IUI.

When should you try IUI before IVF?

IUI is recommended if you have:

For female couples of the same-sex, IUI may be performed with a donor’s sperm.

Researchers have pointed that in an attempt to achieve pregnancy as soon as possible, clinics may be prematurely jumping to IVF-ICSI, even in cases where the much-milder IUI could easily bring the desired results.

When should you avoid IUI?

Despite being useful in many cases, IUI could be a total waste in some situations. You will be recommended to straight away go for IVF if you:

In these situations, moving directly to IVF would be the better option, as chances of success with IUI are almost nil.

Even if all the factors related to your fertility are seemingly favorable, doctors usually recommend only three and not more than 5- 6 cycles of IUI before moving on to IVF.

It is imperative that you get your fertility tests done and find the reason for not being able to conceive before jumping into any of these expensive treatments.

If you are wondering if you should try IUI before IVF get in touch with Infertility Aide to find a doctor who recommends a treatment plan based upon your needs, instead of just following the generic protocol.