What causes Early Miscarriages at 6-8 weeks? 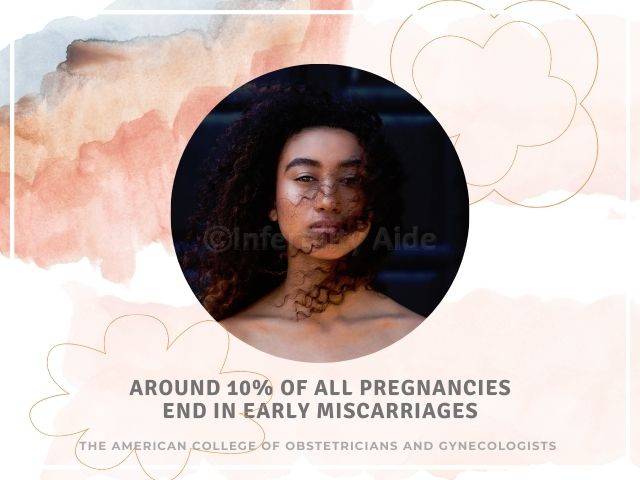 Miscarriages are common and often, unpreventable. Loss of pregnancy before 12 weeks is an early miscarriage and it happens in around 10% of all pregnancies. If you’ve experienced multiple miscarriages soon after conceiving without any logical explanation, it must be very frustrating. So, what causes early miscarriages at 6-8 weeks?

Normally, the early miscarriages are blamed on chromosomal abnormalities that result in the arrest of embryo growth and while that may be correct in some situations, it is not so for all. Miscarriages are caused by various factors at different times in the pregnancy and not knowing the reason can be frustrating.

To check the embryos for any aneuploidy (chromosomal imbalance), the doctors recommend preimplantation genetic testing for aneuploidy (PGT-A) before embryo implantation. While it has proven highly useful, this technique is not always accurate because the cells that are tested do not always represent the whole embryo.

The placenta and its precursor (the trophectoderm) tend to have more aneuploid cells and those are the ones tested with PGT-A.  So, sometimes, despite being declared aneuploid by PGS testing, an embryo turns into a perfectly normal baby.

Chromosomal abnormalities of the embryo remain the most common cost of pregnancy losses in women but what else could be the reason of early miscarriages? Read below:

An embryo comprises genetic material from both the father and the mother, which means that genetically it is always 50% foreign to the mother’s body and her immune system. In normal situations, during a pregnancy the immune system is reprogrammed to accept this embryo.

However, if your immune system is hyper-active or you have auto-immune diseases, the body may perceive the embryo as a foreign entity and the attack it. This results in embryo implantation problems, clinical pregnancies, and early miscarriages.

Maternal immunity problems are the most common cause of early miscarriages, after chromosomal abnormalities in the embryo.

Other causes of early miscarriages at 6 weeks to 8 weeks

Other than chromosomal and immunologic reasons, there are also other causes of early miscarriages including:

1.     Anatomical abnormalities of the uterus

Uterine malformations can cause recurrent miscarriages if they remain undetected. A study published in the Journal Human Reproduction found that more than 65% of the women with septate uterus ended up having a miscarriage. Similarly, a bicornuate, unicornuate, didelphic, T-shaped, or tipped uterus can all cause early miscarriages. If you have large fibroids, your doctor may recommend removing them to allow for a safe pregnancy.

Not all fibroids need removal. A fibroid’s potential of causing miscarriage depends upon its location within your uterus.

Around 15% of all early miscarriages are caused by infections of some kind. Bacterial vaginosis (imbalance of vagina’s normal bacteria), HIV (human immunodeficiency virus), Gonorrhea, and cytomegalovirus (CMV) were all found to increase the risk of miscarriage.

1,228 women with at least one previous miscarriage were examined. During the study, 797 women became pregnant and 188 or about 24 percent again suffered loss of pregnancy.

Hypothyroidism and raised TSH levels increase the chances of miscarriage in early pregnancy. TSH levels higher than 4.5 mU/L are associated with a greater risk of early miscarriage.

Having genetic or hereditary thrombophilia raises your predisposition to blood clotting. Blood clots that develop in the placenta increase the risk of miscarriage and fetal loss. Some doctors advise all patients seeking IVF to test for “antiphospholipid syndrome,” so in case, it exists, it can be managed with medications for better chances of a successful pregnancy.

Medicines like Misoprostol, Methotrexate, retinoids, and some NSAIDS are harmful to pregnancy and may cause an early miscarriage. Never take any over-the-counter medication without your doctor’s advice during pregnancy.

It will not always be the reason for miscarriage but some cases of food poisoning may be lethal for the growing embryo. Listeria, a bacteria that is sometimes found in soft, unpasteurized cheeses and other uncooked foods may cause miscarriage. Besides, undercooked eggs, raw meat may cause Salmonella, Toxoplasmosis, which can result in a miscarriage.

Excessive exposure to harmful chemicals such as Lead, Arsenic, Mercury, pesticides, etc. may raise your risk of miscarriage. Be sure to discuss with your doctor to understand if your environment may be responsible for miscarriages.

While any of the above may be responsible for an early miscarriage at 6-8 weeks, the most common reasons for miscarriages are either chromosomal abnormalities in the embryo or immunologic problems in the mother.

If miscarriage is a concern, the doctors usually advise to do Karyotype testing in both parents to check the size, shape, and number of your chromosomes. If it comes out normal [normal female (45, XX) and normal male (46, XY)], the mother must be evaluated for immunological issues.

After a miscarriage happens, the doctor may also advise to test the products of conception (the fetus, placenta, and other pregnancy tissues) to check for chromosomal abnormalities.

If everything is normal, the maternal immune response and other causes must be evaluated before attempting a pregnancy again.