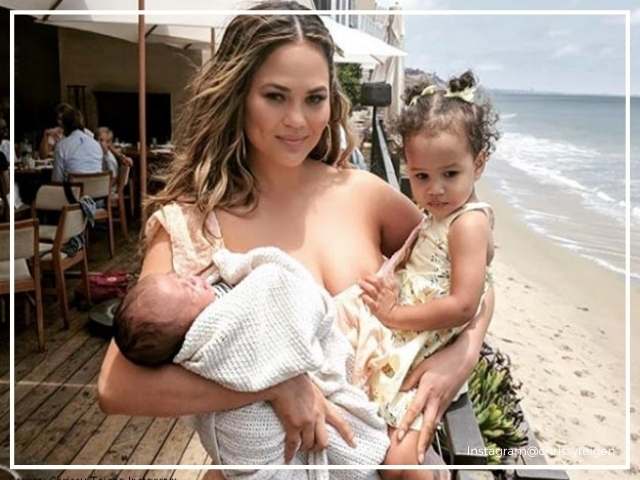 Supermodel Chrissy Teigen’s IVF journey has been quite difficult but she continues to talk about it openly, insisting that hearing about these stories gives hope to other infertile couples.

IVF is expensive and it offers no guarantee of success, but there is not much else you can do. Sometimes IVF can be successful in the first go, but for most people it takes a couple of chances.

Chrissy Teigen also did not have it easy—she was devastated when her IVF cycle failed. There are many reasons why IVF fails, and it is not always possible to know why.

“You hear stories about IVF working the first try. But you’ll hear a lot more stories about when it takes a few times,” she said in an interview with The Cut. “Ours didn’t work the first time, and it was devastating. You realize that a lot of it is luck, and you can’t blame things on yourself.”

However, like a lot of women, Teigen initially took the blame and tortured herself into thinking that somehow, she was responsible for the failed IVF.

“The first round I did of IVF, when it didn’t work, I remember thinking, ‘Oh, I was on my feet too much, and that’s why.’ You just look for anything to blame, especially yourself,” she said. “I think hearing stories is just really important. You realize there’s no right way to do it, or right way to react.”

Teigen explained that going through IVF brought about a whirlwind of emotions and for some time there, she even felt aggrieved and resentful about the pregnancies of others. “It’s easy to grow resentful of how easy it is for some people, when you’re literally mixing your own powders and chemicals to inject into your belly, shoving progesterone up there,” she said.

“It’s almost like one of those things where there’s a light at the end of the tunnel. It’s like the physical pain of labor.”

However, she says, once you get to hold your baby, it’s easy to forget all that pain, no matter how unfair you thought it was.

“It’s a complete miracle when it works,” she said. There are so many people that still struggle, even with access to IVF.”

Teigen is right. The cost of IVF can be discouraging and even being able to afford these treatments comfortably is a blessing. Infertility Aide strives to provide you easy access to affordable IVF with some of the most capable fertility experts in the world. Get in touch to know your options.

Oddly, even after she succeeded in getting pregnant with IVF, she didn’t feel prepared for what was to come.

“It’s kind of crazy because even though you do all this planning and preparation, you take progesterone and inject your body and do all this stuff—and when I finally did get pregnant, I was like, ‘Oh crap, are we ready?’” she said.

Nothing really prepares you for parenthood and people will tell you that you will never really be ready. So, whether it is IVF or natural conception, you will feel a little nervous, but you just go for it.

Teigen, who gave birth to her second child on May 17, 2018, recently opened up the IVF discussion again.

On being questioned by an Instagram follower about the conception of her second child, Teigen admitted, “Yep, he was just on ice a smidge longer, science and the human body are beautiful.”

When other people objected to the fan’s inappropriate question, the Lip Sync Battle host calmed them down saying: “I wasn’t offended by it – people are just curious and I think hearing success stories gives people hope. I’m all for talking about IVF.”

She was immediately lauded by people who could relate. “Too many people bury infertility in shame. It shouldn’t be so taboo,” commented a fan.

While another one remarked: “Yes to all of this, and to destigmatising the process and the conversation around it!”

A mother, who also conceived through IVF, wrote: “Thank you @chrissyteigen for being open and honest about it! It definitely DOES give us hope!”

From their previous cycle of IVF, Chrissy and her husband John Legend had one embryo—a boy. On disclosing that they had specifically chosen to use the female embryo in their first attempt, they faced a lot of backlash.

“We didn’t create a little girl,” she wrote at the time. “We had multiple embryos, girls and boys, we simply chose to put in a female first (and second). You’d be surprised at how many people you know go through this.

“From reading everything tonight, I think I made a mistake in thinking people understood the process better than they do, which is my fault,” Teigen tweeted in response to all that criticism.

She admitted to trying naturally for about nine years, before they finally resorted to IVF.

Teigen said that if it had happened naturally for them, they’d have had children 5-6 years earlier.

Back in January 2017, while attending the Screen Actors Guild Awards, Teigen informed the reporters that her next child would be a boy, as they only had one embryo left and it was a male.

She also condemned people for constantly speculating why someone does not have children, because they might be going through something you aren’t aware of.

Chrissy Teigen and John Legend announced their third pregnancy! The announcement came at the end of Legend’s new music video “Wild,” which is a celebration of their love story.

In a 2018 interview with People, Teigen said that her two children, Miles and Luna, were both conceived via IVF but “it’d be awesome” to be able to conceive naturally even though she couldn’t even imagine it anymore.

“I’m totally fine with it not happening because I’ve been in a position where we’ve been able to control it—the timing and scheduling,” she explained. “It would be chaos otherwise—but I love chaos too.”

And so, the chaos happened!

“I didn’t think I could get pregnant naturally,” she wrote on Twitter. “IVF was an amazing choice for us to be able to make. So hard, but we got two beautiful monsters out of it. I promise you, I never ever ever ever ever thought I could.”

Teigen was so not expecting her pregnancy that she went into surgery to remove her breast implants without confirming if she was really pregnant. She’s been taking pregnancy tests for many years and has never seen a positive outcome.

“I did the routine pregnancy test you do before surgery. It said negative. It was not negative,” she explained. “A few weeks after surgery, I took a test. And for many years now, I’ve taken pregnancy tests almost every month, praying to see a positive one day. Just wishful thinking. I never had a positive before.”

When John Legend woke up at 3 AM on the morning of his album release to appear on Good Morning America, Teigen got up too.

“I woke up with him and was like man, should take my monthly test to be disappointed…,” she said. However, the test came out positive and she totally freaked out!

She was terrified about having undergone boob surgery, while being pregnant, but the doctor assured her that luckily, things were alright.

“What they say so often can be true. When you give up on trying, life has a way of surprising you,” Teigen wrote.

In an incredibly sad announcement on September 30th, 2020, Chrissy Teigen shared that she had suffered a miscarriage in her third pregnancy.

She made this devastating announcement with pictures of herself crying on the hospital bed, as her husband leaned onto her. In another picture she is also holding the baby, covered in a blanket.

“We are shocked and in the kind of deep pain you only hear about, the kind of pain we’ve never felt before,” she wrote.

Apparently, it was a difficult pregnancy as she’d talked about severe bleeding, which could never really be controlled. We weren’t able to “give our baby the fluids he needed, despite bags and bags of blood transfusions. It just wasn’t enough,” she said.

Although the couple had not decided on the names of their babies until after they were born, but this time, they had already “started to call this little guy in my belly Jack. So, he will always be Jack to us. Jack worked so hard to be a part of our little family, and he will be, forever.

“To our Jack—I’m so sorry that the first few moments of your life were met with so many complications, that we couldn’t give you the home you needed to survive. We will always love you,” she wrote.

Teigen also expressed gratitude to the people who had been supportive and sent the much-needed thoughts and prayer their way.

“We are so grateful for the life we have, for our wonderful babies Luna and Miles, for all the amazing things we’ve been able to experience,” she wrote on her Intagram post. “But everyday can’t be full of sunshine. On this darkest of days, we will grieve, we will cry our eyes out. But we will hug and love each other harder and get through it.”

In a candid post on Instagram in February 2021, Chrissy Teigen shared about undergoing IVF again. Despite all the difficulties of the past, the couple is excited to expand their family and have undergone another IVF cycle. However, the model insists that people should stop asking if she’s pregnant yet, because it’s hurtful to answer when she’s not.

We are grateful to Chrissy Teigen for talking openly about IVF and inspiring others to do so in a bid to help millions of struggling infertile couples.