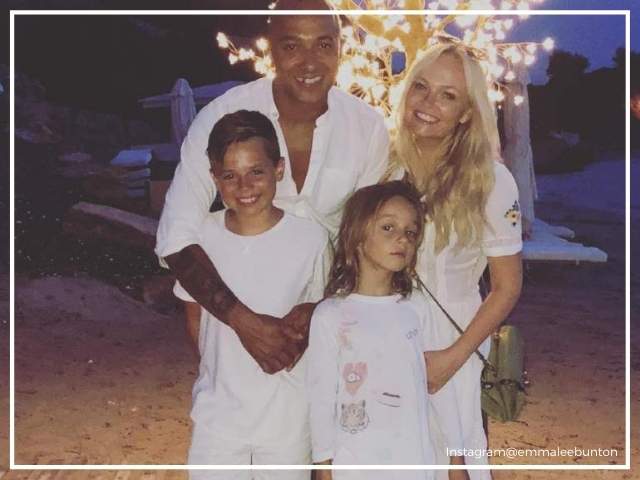 Emma Bunton’s endometriosis diagnosis at the age of 25 left her heartbroken and scared as the doctors told her she might not be able to have children.

“It broke my heart,” the former Spice Girl told Rochelle Humes as part of the new AOL Original series, Being Mum. “It literally broke my heart and I was frightened.”

Fortunately for her, the singer was able to get pregnant and is now a mother to two sons.

Emma was among the millions (Yes! Millions) of women who live with endometriosis while not even being aware of it. The disease is known to affect around 200 million women or roughly 10 percent of the people in reproductive age (12-52), according to the Endometriosis Foundation of America.

Despite being so common, endometriosis remains a highly under-discussed subject and one of the reasons is that many of the women don’t even know they are carrying the problem. The symptoms are not very discernable as they are mostly about heavy, painful menstruation, bowel and urinary disorders, fatigue, and excessive discomfort, especially during the periods.

According to a 2012 study, it takes over 10 years on an average to diagnose endometriosis after the first appearance of its symptoms.

For Emma, when it was suddenly diagnosed in her mid-20s just after her popular music band ‘Spice Girls’ decided to split and go their separate ways, it came as a shock.

“That nearly broke me,” she told Stella magazine. “I knew I had the right partner; I knew I wanted to be a mum. I didn’t give up hope, but it wasn’t happening.”

Getting pregnant with endometriosis

It is important to note here that endometriosis does not always cause infertility. Around 50 percent of patients with endometriosis will have conception problems, while the rest will be able to conceive and have babies.

Emma and her fiancé, former Damage vocalist, Jade Jones, tried for a baby for around five years before they finally got pregnant, and it was an unusual discovery.

The pop star found out about her pregnancy while she was competing on the UK TV dance competition, Strictly Come Dancing in 2006 and she thinks the dance regime and exercise probably helped.

After watching one of her first performances, her doctor called her out of the blue to ask if she was pregnant.

“My doctor had seen me on the television holding my hands over my stomach and she just had a feeling I was pregnant,” the Heart Radio DJ said. “I did a test straight away and I was. I have no idea whether it was doing all that exercise but I was so happy. Strictly got me pregnant.”

Emma was “absolutely ecstatic” on seeing her positive pregnancy text and said that discovering that for the first time was “the best feeling in the world.”

The singer and her husband went on to have two little boys. She first gave birth to Beau, now 13, in 2007 and then four years later, she had another boy, whom they named Tate.

At the time of her interview, Emma even said she’s still feeling “very broody” and may consider having another baby.

“Jade and I were talking just before I came to see you (Rochelle) and I think I would love to have another baby, but I really don’t mind what sex,” she said.

“Obviously three boys would be amazing. A little girl would be a change and I think I’d feel like I was starting all over again.”

Saying how much she was in love with her boys, Emma called them “the best!” as she also beamed about her own good luck.

“I’ve been so lucky… being a mother is the best thing I’ve ever done. Ever.”

In 2019, Emma got married to Jade Jones at Old Marylebone Town Hall in London. They’d been engaged for eight years and had been seeing each other for 20 years.

That’s unusual but not if you’re both Aquarians, as Emma said in an interview with Fabulous magazine.

When asked about her marriage plans in a different interview in 2017, she said they both wanted to be together and were actually living like a couple but marriage didn’t seem like a priority.

“It would be nice, wouldn’t it? I should get round to it. He already calls me his wife and I call him my husband,” she said. “We’re both Aquarians and a little disorganized, so we never get round to organize anything! I’m sure we’ll be one of those couples that elope somewhere.”

Famously known as Baby Spice, Emma said she knew: “He is my soul mate, my confidant, it’s something I think we’d both like to do, but we’re just so unorganized.”

Emma Bunton, now 45, regularly shares pictures of her sons—Beau Lee Jones, 13, and Tate Lee Jones, 9—and her family. We’re glad she opened up about her endometriosis, the fright it caused, and how she went on to become a mother and completed her family.

Endometriosis affects millions of women around the world. For anyone who has excessively painful periods or other such symptoms, it is best to get professional opinion as soon as possible. It may be possible to preserve your fertility and even get rid of pain and discomfort caused by endometriosis.

Emma Bunton’s endometriosis was probably relatively mild so she did not feel too much discomfort or pay attention to getting it diagnosed. Luckily, she was able to conceive without medical assistance.

If you have any obvious symptoms or extreme discomfort during periods, it is best to seek the advice of a qualified professional. Connect and consult with our top trusted fertility experts here.

Emma Bunton on Spice Girls bust-ups and reunions, and the Return of Girl Power: https://www.telegraph.co.uk/women/life/emma-bunton-spice-girls-bust-ups-reunions-return-girl-power/