Top 5 reasons for failure of IVF

The average success rates of IVF globally are under 50 percent. This means that almost half the people who undergo IVF do not get pregnant and unfortunately, your doctor may not always be able to tell you the reasons for failure of IVF.

IVF is an expensive procedure with no guarantee of success. Once you get your head around the actual cost of IVF, the most important concern is usually about the chances of success. You don’t want to end up disappointed after spending tens of thousands of dollars.

Don’t panic yet; if you understand the reasons why IVF fails and discuss your situation with a competent doctor, you should be able to find a way forward.

Why does IVF fail?

The IVF clinic you choose, lab factors, the method of performing the procedure, experience and skills or the doctor, the competence of the embryologist are all factors that can affect your IVF results but over 50 percent of IVF cases will fail even if these conditions are perfect.

If even after choosing the right IVF clinic, you are wondering why did my IVF fail, read the below to get an idea of personal factors that could be causing problem.

Like most biological processes, pregnancy and the development of an embryo inside the human womb is a complex procedure.  What we do not know about pregnancy is much greater than what we do know.

When looking at the reasons for failure of IVF, fertility experts have been able to identify some specific factors that may be to blame:

The IVF process is complicated and there is no way to figure out the stage at which the success is being blocked. But one of the most common causes of IVF failure is the failure of embryo to attach to the uterus lining.

Embryo implantation failure could happen either due to problem with the embryos or problem with the uterus, but it cannot be determined for sure which of these has caused the failure in your specific case.

Most infertility specialists believe that arrest of embryos is responsible for implantation failure in over 90 percent of the cases.

Several of the embryos created will die by day 5, but even the good ones that survive the initial days and actually look healthy, also die in some time after being transferred to the uterus. 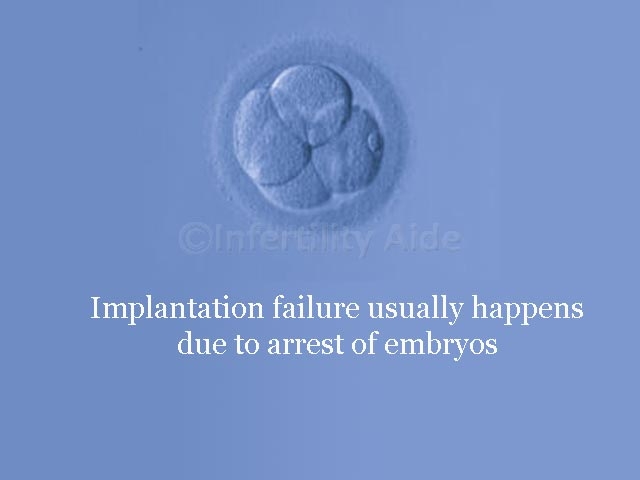 Now there are a number of causes that can result in poor quality, weak embryos, which do not grow beyond a certain stage, but unfortunately these issues are still considered a “black box” in the IVF world and there is no fail-safe way to ascertain what is wrong with the embryos.

Genetic or chromosomal abnormalities can sometimes make the embryo too weak for IVF, while other times the embryo just does not have enough cells to survive and is unlikely to grow.

One way to improve your chances of IVF success is to opt for PGS testing with IVF to study the genetic content of embryos before transferring them to the uterus. This allows the doctor to select the embryos with most chances of success.

Most of our network IVF doctors in India, Thailand, and Malaysia report success rates between 60%-75% in IVF with PGS.

Embryo implantation rates are higher (at around 50%) in women near the age of 35, as compared to just around 12% in women over 40 years of age.

Older women would often ask: What is wrong with my uterus? Why is it not accepting embryos?

At this stage, some are even tempted to hire a surrogate but science does not agree. 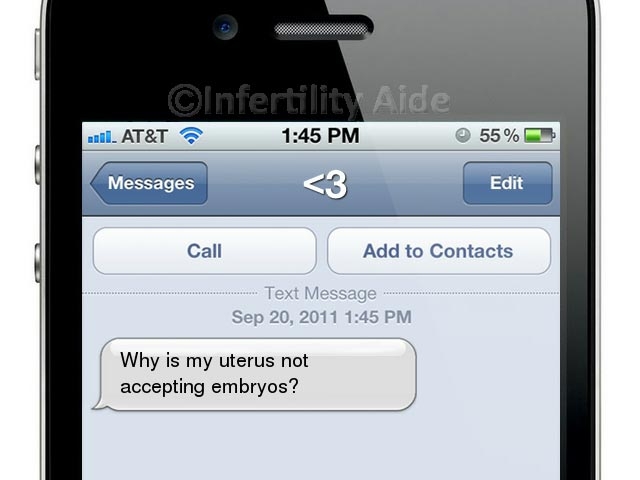 If your uterus is perfectly healthy but the quality of eggs (and the resultant embryo) is not adequate,  switching to IVF with donor eggs is more likely to bring you success. If your eggs are responsible for the IVF failure, even transferring them to a surrogate’s uterus will produce the same result.

In 2016, a 70-year old Indian woman gave birth to a baby she had through IVF. The point here is—the uterus in older women CAN carry a pregnancy to term, given there are no other medical issues.

IVF failure in older women is mostly caused due to older eggs, which are not viable for pregnancy.

Age of the woman, the health of uterus, and the ways her body responds to IVF medications also play a great role in IVF success.

Normally, a woman’s ovary will release one egg a month—from a collection that is fixed at birth and declines sharply after the mid-30s.

Before an IVF cycle, medications are administered to get the ovaries to produce more eggs. If you already have a reduced number of eggs or have elevated FSH levels, your body might not respond properly to IVF medications, which is not a good sign.

These basic fertility tests for women will give you an idea about your fertility levels and help the doctor decide on the most viable course of treatment for you.

The sperm perform a complex role in fertilization of the female egg and in order to do so, they must be healthy, motile, and sufficient in quantity.

The eggs and sperm both have specific receptors on their surface that allow for their interaction. During this contact, enzymes released from the sperm head create a hole in the outer membranes of the egg, allowing it to penetrate through.

However, barring chromosomal factors, sperm are usually not the among the reasons for failure of IVF because any quantitative or qualitative problems with the sperm are easily detected during semen analysis and the patients are then given the option of intracytoplasmic sperm injection (ICSI) or IVF with donor sperm.

Chromosomal abnormalities in human embryos are among the most common reasons for IVF failure.

Various studies have shown that the rate of chromosomal abnormalities in human eggs (and therefore in human embryos) start to increase significantly after the mid-30s.

IVF in women over 40 years of age often results in poor quality embryos, almost 75% of which are chromosomally abnormal. Hence, the low rate of IVF success in older women.

It is believed that older eggs have an inefficient spindle apparatus that is unable to line up the chromosome pairs properly. Pairs of chromosomes are not split properly, leading to an alteration in the required balance of 23 chromosomes per egg.

Chromosomal anomalies in the sperm can also lead to chromosomally abnormal embryos but that incidence is reported to be small as compared to its probability in human eggs.

15% of males with normal semen analysis may have faulty sperm DNA, according to the Translational Andrology and Urology Journal. Genetic problems in the sperm can be detected with sperm DNA fragmentation analysis, which although not routinely employed, has been a critical changing point in the treatment protocol of some of our clients.

The chromosomal integrity of an embryo can be detected with pregenetic screening (PGS) testing.

How to find the reason for failure of IVF?

IVF cycles don’t succeed all the time and it is not always easy to determine the exact reasons for failure of IVF.

However, an understanding of the possible cause of failure—age, quality of eggs/sperm, health of uterus, etc.—could be critical to effective treatment planning that allows for a clear shot at successful pregnancy.

If your IVF has not resulted in success after multiple attempts, it might be an indication for change of strategy.

Dr. Lam from one of Asia-Oceania’s most successful IVF clinics explains the reasons for failed IVF and what you can do in each situation:

Even if there are 2-3 possible reasons why IVF fails in your situation, it is better to go with a solid treatment plan after proper diagnosis than to just jump into IVF. A thorough investigation may reveal that perhaps you need some supplements or maybe a small surgery before trying to conceive or that you may not even need IVF but simply need to adjust your lifestyle.

You can consult with some of the most-experienced IVF specialists at Infertility Aide and find the right treatment before tossing tens of thousands towards random treatments.

The importance of accurate diagnosis

If too few eggs are being matured for extraction, a change in medication protocol might help. If you have PCOD or thyroid problems, you might be asked to see an endocrinologist to bring your hormones to a normal level so as to prepare the body for a healthy pregnancy.

Failure of IVF is hard on every person, but it happens either because the embryos you are producing are not healthy or your body is not ready to carry a pregnancy.

Do NOT despair. Choose a competent, experienced fertility specialist who can help find the possible reasons for failure of IVF in your case and provide you with solutions that can take you closer to having your baby.

Do you know any more IVF failure causes that are not as obvious? Do you think any of the above reasons might have affect your IVF success?

Would you like to consult with more than one fertility expert before IVF?
Total Votes: 3
×
You or your IP had already vote.

Would you like to consult with more than one fertility expert before IVF?
Total Votes: 3
×
You or your IP had already vote.
From our clients: