Gabrielle Union can’t conceive because of Adenomyosis. What’s that?

You can either have a career or have babies. That’s absurd, right? But people kept suggesting that to Gabrielle Union, unmindful of her actual problem. It seems Gabrielle Union can’t conceive because of adenomyosis, and not because she decided to pursue her career.

The American actor and her husband, NBA player Dwayne Wade, are having a difficult journey to parenthood. “We’re Going to Need More Wine,” Union wrote in her memoir last year.

She further described her plight, saying, “I have had eight or nine miscarriages. For three years, my body has been a prisoner of trying to get pregnant — I’ve either been about to go into an IVF cycle, in the middle of an IVF cycle, or coming out of an IVF cycle.”

We’re fanning hard over all of our speakers today who took the stage today! Day 1 of #BlogHer18 Creators Summit is a wrap! Who was your favorite?! 🌟 . . . . . . #blogher #blogger #NYC #creative

Speaking at a BlogHer event in New York City last month, the actress revealed that she had been having long, painful periods for over two decades and none of the doctors actually got any closer to detecting the real problem until recently.

The 44-year-old star said that the doctors she saw did not quite understand the seriousness of her situation.

While Union had extremely long, painful periods that lasted 10 days and completely soaked her pads overnight, the doctors just kept putting her on birth control pills.

“Instead of diagnosing me, they were like, ‘Oh you have periods that last nine or 10 days and you’re bleeding through overnight pads … perhaps there’s something more there,’” she said. “Every doctor I saw was like, ‘let me put you on birth control.’”

Now, she’s “finally got some answers.”

The people around her kept blaming her for waiting too long.

“You’re a career woman, you’ve prioritized your career, you waited too long and now you’re just too old to have a kid – and that’s on you for wanting a career,” people said to her.

“The reality is I actually have adenomyosis,” she said. “There is nothing you can do about adenomyosis. The gag is that I had adenomyosis in my early 20s.”

The actor asked other women to be more aware of their situation and not allow doctors to disregard their concerns.

“Note: if you are on birth control for anything other than birth control to address or treat any sort of period issue, you are not actually treating or addressing a period or reproductive issue. You are masking it. The pill can mask all kinds of things. It is amazing at preventing pregnancy; not so great with addressing adenomyosis,” she said.

Talking about her fertility struggles, Union also revealed that she had so many miscarriages that she almost lost track of them. She had eight or nine early miscarriages, both when she conceived naturally or with IVF.

Like many other women, infertility left Gabrielle feeling less than perfect as a woman.

“Nobody wants the world, which is what it feels like—the world—to think you’re defective, or less than a perfect woman or less than capable. There’s just so much shame and mystery and guilt that surrounds fertility issues.” 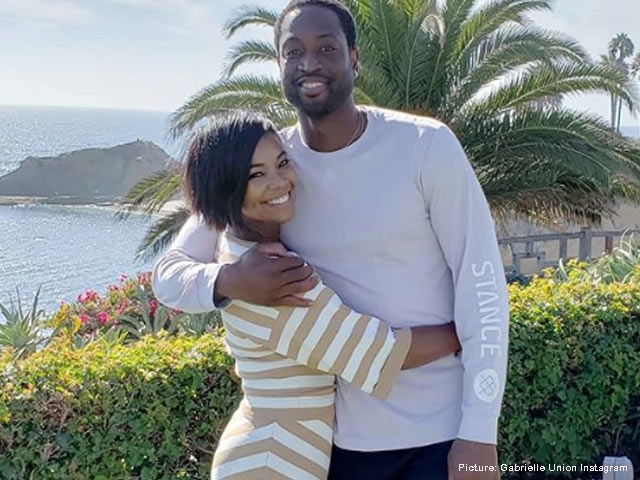 Adenomyosis is the condition in which the lining the uterus (endometrial lining) grows into the muscular wall of the uterus, instead of getting shed.

As the tissue thickens and breaks during the menstrual cycle, it causes painful, heavy periods resulting from an enlarged uterus. It is a kind of endometriosis.

Conditions like adenomyosis are not easily detected as the symptoms are quite similar to other diseases. Ultrasound and MRI may also help with the diagnosis.

To ease the painful symptoms, the doctor may prescribe anti-inflammatory drugs like ibuprofen.

To control the heavy bleeding, they might give you hormone pills but it is usually a temporary fix and as soon as you stop the pill, the bleeding will return.

Some women decide to get their uterus removed (hysterectomy) in order to completely get rid of the painful condition.

Do you know anybody who is possibly suffering from adenomyosis like Gabrielle Union? Do you think the doctor’s are missing their diagnosis?