Rita Ora on freezing her eggs in her 20s 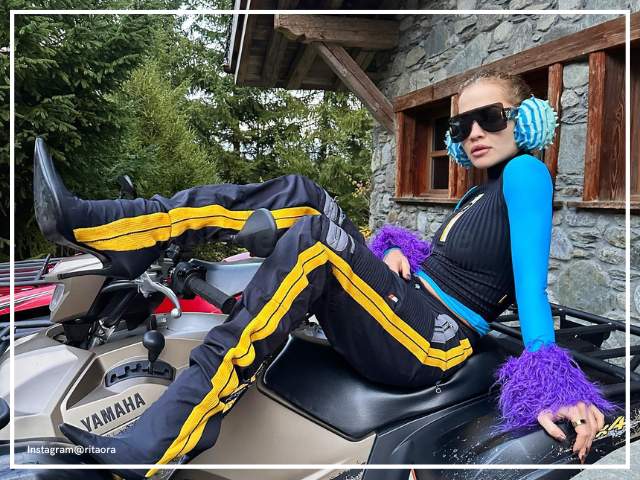 Famous British singer and songwriter Rita Ora recently opened up on her decision to freeze her eggs in her early 20s. The interview of Rita Ora on freezing her eggs has hit the headlines because while oocyte cryopreservation has become common, most women wait until their 30s to freeze their eggs.

The most fertile age for women is said to be their early 20s but fertility levels typically do not decline significantly until the mid to late 30s. So, it is uncommon to freeze eggs that early in life and we’re curious what made Ms. Ora go for it.

Is egg freezing an essential backup plan for women who want to start a family later in life? Should you do it early in your life?

While freezing eggs when they are at their best quality can help secure your chances of future pregnancy through IVF, most people expect to get married/have kids in their late 20s or early 30s, hoping they’d never need the freezing procedure. So, freezing is rarely ever done in the early 20s but Rita Ora certainly had her reasons.

Taking the ‘best decision’ of her life

Rita Ora started believing from a very young age that one should make the best use of what they have and make the most of it. Appearing on an Australian Breakfast TV show Sunrise, Ora says, “Coming from nothing, I don’t want to say ‘no’ to anything.”

So, when her family doctor advised ‘you are healthy now and it would be great, why not put them away and then you never have to worry about it again?’, she took it very positively and chose to freeze her eggs not once, but twice!

“Well I think it’s amazing the technology that we have to kind of really take control of our own destinies,” Rita had said about her egg freezing back in 2017.

A woman’s fertility is said to peak in her early 20s and starts declining after her mid-30s. Additionally, as the eggs lose quality with age, there are some chances of the child having chromosomal disorders, when conceived after the age of 35.

Women with higher egg reserve or better egg quality, you have a higher chance of conceiving.

Right from a very early age, independent Rita Ora always dreamt of having a nice, big family. However, having children hasn’t necessarily been top of her immediate bucket list. After learning from her family doctor that human eggs are at their best in their early 20s, Ora chose to freeze her eggs at 24. She did it again at the age of 27.

“I think as women, we put that pressure on ourselves, subconsciously, because we feel like that is our duty – to create and give life. So, I just wanted to not worry about it. And I didn’t after, and it was the best thing I ever did,” she said in an interview with The Independent.

Going against the social norm

Having her origins in Kosovo where conceiving is considered probably one of the easiest things in the world, Rita Ora was charged with many questions when she took this decision. The cost of freezing eggs is quite high and no one in her very traditional family could understand why she needed to spend so much on having children!

Despite this, she received support from her mother, who is a psychiatrist for the NHS. Both share a very beautiful bond and Rita ‘couldn’t fathom a world without her’.

The artist’s mother was constantly worried about her daughter’s health and her abnormal hormonal levels, so she didn’t hesitate much in supporting her daughter throughout. Rita also suffered from panic attacks and anxiety, which she has slowly channelized into excitement and ‘encouraging emotion’.

Rita was first spotted with her now husband—New Zealand filmmaker Taika Waititi—while she was filming for The Voice in Australia in early 2021. After keeping their relationship low-key for several months, the beautiful couple got married in summer of 2022 in a very close ceremony, as confirmed by People.

“I’ve always wanted the fairytale, that’s what I grew up loving. For me, it was always about that love, finding a partner, so I’m really happy I did. I love Taika. Shoutout to Taika!” Ora said in an episode of Jaime Winstone’s ‘Greatest Night Ever’ podcast.

Rita Ora’s husband Waititi already has two daughters: Te Kāinga o te Hinekāhu, 10, and Matewa Kiritapu, 6, with his ex-wife, Chelsea Winstanley. Rita received a very warm welcome from Taika’s family and all of them seem to be very happy with this alliance.

Ms. Ora is now 32 years of age. While the couple has just started their new journey, it seems like the musician is already living the dream of having a big family. She has two batches of eggs frozen at a young age, she wouldn’t have to worry about having her own children later in life.

An inspiration for young and capable women

As suggested by several doctors on BBC News, Rita Ora’s egg freezing in her early 20s is a ‘positive move’. If you are just like Rita Ora who is mentally or physically not prepared to have a baby at present, freezing eggs can be the right call.

Egg freezing is a popular way to future-proof your fertility. These eggs can be later used and combined with the sperm in a lab and the resultant embryos are then implanted into your uterus—whenever you feel you are ready for parenthood.

Many women today start freezing their eggs in their late 30s, which can be a bit ‘too late’. However, it all depends upon your individual fertility levels.

Hollywood actor Jennifer Aniston’s IVF journey was recently in the news as she expressed how difficult it had been for her and back then, no one suggested her to freeze the eggs.

With egg freezing, you take your fertility into your own hands without compromising on your personal and professional wishes. If you’re considering the procedure, here’s what you should know before egg freezing.

Some women may be inspired by the story of Rita Ora on freezing her eggs and make a similar choice early in life. However, unless you have premature ovarian failure, you can put off egg freezing to your early to mid-30s, if you want to take a chance to conceive naturally in that duration.